JJ Redick is no longer a Philadelphia 76er -- much to the chagrin of several fans, I'm sure, after the team's struggles to shoot the ball reached new heights throughout 2020 -- but he still feels the pain that each and every member of the Philly Phaithful feels when thinking back on the 2019 NBA Playoffs.

The shot that defied physics, that glitched like an old edition of NBA 2K, that seemed to hang on the rim for dozens of seconds before finally dropping through the hoop and leaving Sixers fans with their hearts in their stomachs.

It was one of many heartbreaking losses throughout Redick's largely successful NBA career. His streak of 13 consecutive playoff appearances finally came to an end with the Pelicans in 2020, and he has only ever made the NBA Finals once in his career to this point. The Magic lost 4-1 against the Lakers in that 2009 series, and Redick played in four of five games. Coincidentally, the one game he missed happened to be the lone victory for the Magic.

Redick was asked about his lack of Finals rings and asked if he'd feel a void if he retired without winning a championship on the latest episode of "The Old Man & the Three," available on RADIO.COM.

Redick isn't the only one who's often thinking about those missed chances, especially in reference to Kawhi's impossible shot.

"I still think about it, watch that game all the time... I knew that it was motivation to work harder and work on myself," 76ers center Joel Embiid told ESPN's Rachel Nichols on "The Jump" before the 2019-20 season.

Embiid and the Sixers suffered a similarly tough ousting in the 2020 Playoffs, though they weren't particularly competitive against the Celtics and were missing star floor general Ben Simmons. Redick and the Pelicans couldn't capture a playoff spot despite high expectations.

Following that infamous loss at the hands of Kawhi's miraculous corner heave in 2019, Redick was fifth on the list of active players with the most playoff games (110), but no Finals rings (via Hoops Hype). He's experienced a small taste of the biggest stage time and time again, but hasn't quite gotten there. Given the fact that he's playing on an immensely talented roster for at least one more season, surrounded by an objectively skillful cast of players including Jrue Holiday, Zion Williamson, Brandon Ingram (RFA), Lonzo Ball and others, he has a shot to get to the Finals in 2021. Is it probable? Perhaps not. But it's possible.

Special guest Kevin Durant, who appeared on this special crossover episode of Redick's podcast and his own "The Boardroom: Out of Office" podcast, has won two Finals and was the MVP in both of them. 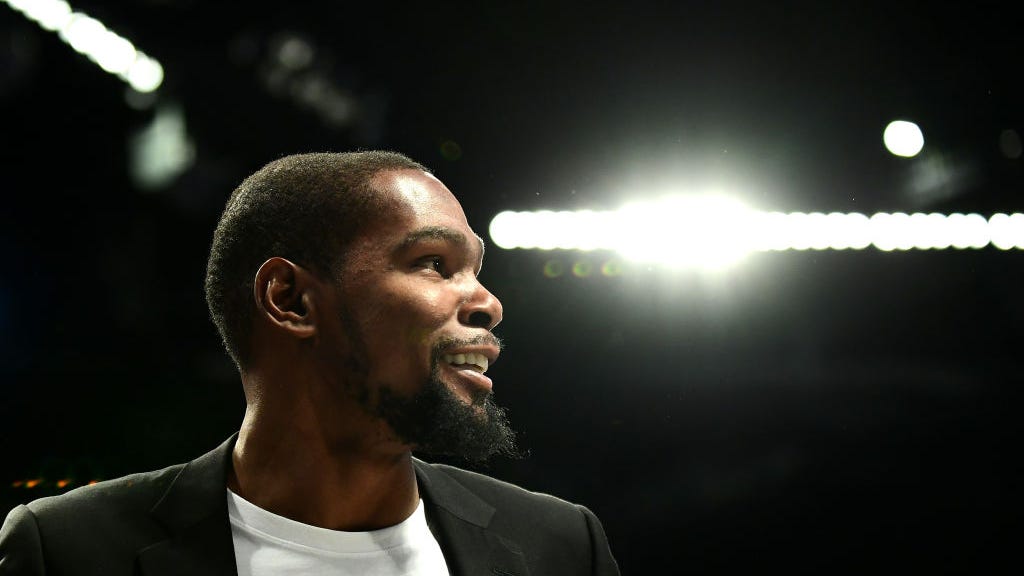 Redick asked Durant if he ever looks back on those moments where he came so, so close, to which he responded that he "most definitely" did.

"But when you win, you make up for it," KD said, provoking laughter and a few choice words from the playfully spiteful Redick.