The U.S. Space Force has rolled out a new name for uniformed members.

Touting "a yearlong process that produced hundreds of submissions and research involving space professionals and members of the general public," the newly-created agency tweeted Friday "the name by which we will be known: Guardians." 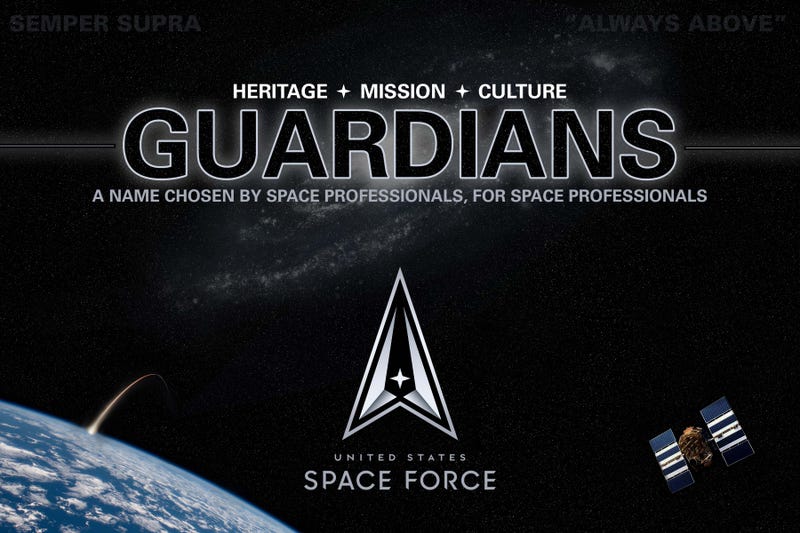 Vice President Mike Pence made the announcement earlier Friday in a White House event. "Soldiers, sailors, airmen, Marines and Guardians will be defending our nation for generations to come," Pence told those in attendance.

It was my honor to announce today, that the men and women of the Space Force will be known as GUARDIANS! #SemperSupra 🇺🇸 pic.twitter.com/Wbzmqfy9aJ

The Internet was delighted with the choice, quickly calling up memes related to Marvel’s popular "Guardians of the Galaxy" film series.

"The opportunity to name a force is a momentous responsibility," the agency explained. "Guardians is a name with a long history in space operations, tracing back to the original command motto of Air Force Space Command in 1983, ‘Guardians of the High Frontier.’"

Members of Space Force had simply been known as "Space Professionals" since it was created in December 2019.

The agency said the new moniker for uniformed members "connects our proud heritage and culture to the important mission we execute 24/7, protecting the people and interest of the U.S. and its allies."

sports
Crazy nugget puts in perspective how long Joe West has been MLB umpire
music
2021 ACM Awards: Old Dominion has 'friendly competition' going on with these fellow ACM nominees
music
A public memorial for DMX will be held at Brooklyn's Barclay's Center
music
Patricia Arquette’s most awkward date was with a convicted murderer: ‘I gave him a fake number’
sports
2021 NFL Draft: Is this the smallest wide receiver class yet?
music
Kyra Sedgwick was banned from Tom Cruise's home after touching his panic button