The National Hurricane Center says Tropical Storm Zeta will get stronger and head for the US Gulf Coast this week.

The center of the current forecast cone brings the eye over Plaquemines Parish and then into Gulfport.

"On the forecast track, the center of Zeta will move near or over the northern Yucatan Peninsula later today or tonight, move over the southern Gulf of Mexico on Tuesday, and approach the northern Gulf Coast on Wednesday," according to the Hurricane Center. 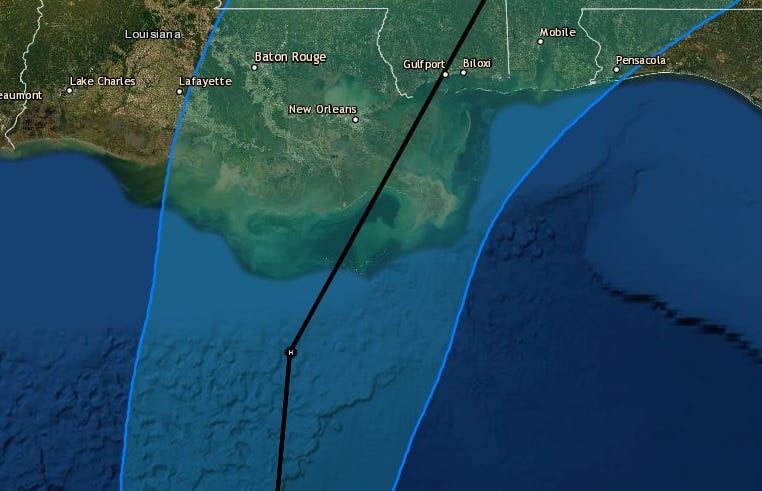 A number of factors could still change that forecast.  They include cooler Gulf waters, an approaching cold front bringing wind shear and dry air from the cold front that moved in over the weekend.

For now, the Hurricane Center warns everyone from Louisiana to the Florida Panhandle to prepare for possible hurricane force winds, storm surge along the coast and rain. 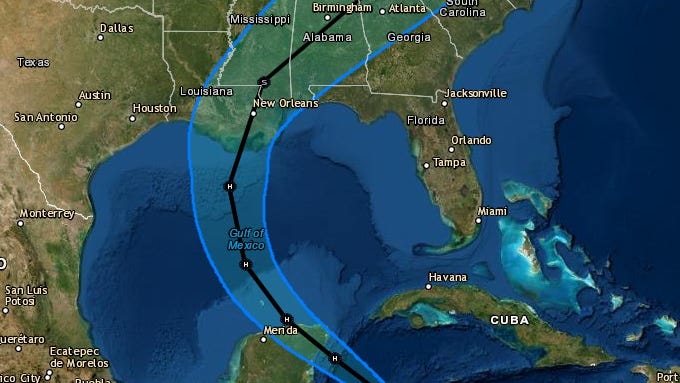 "Between Tuesday night and Thursday, storm total rainfall of 2 to 4 inches with isolated amounts of 6 inches is expected across portions of the central U.S. Gulf Coast."

This marks the seventh time this season that the New Orleans area is under a cone of error. The other six storms ended up brining minimal impact to the region.