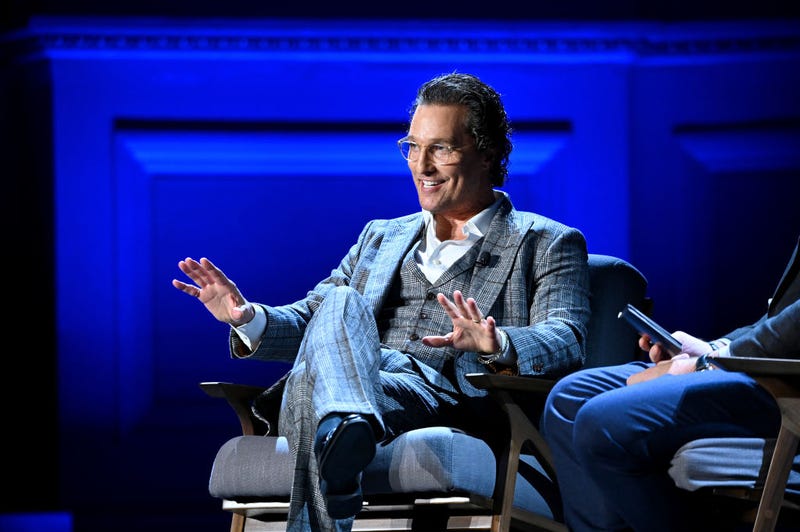 The Wake Up with Bret & Julie's Kevin Berghoff has all the entertainment news that you'll need, and he'll even give you a "Hot Guy Fact of the Day". Today's "EntertainMinutes" include...

MATTHEW MCCONAUGHEY has decided not to run for governor of Texas at this time. Instead he's going to support "organizations that have a mission to serve and build trust while also generating prosperity. That's the American dream."

Hope you were safer over Thanksgiving than JIMMY KIMMEL. He burned his hair and eyebrows lighting the oven. He still made a decent-looking bird, though.

And speaking of Thanksgiving, 21.7 million people tuned in for the Macy's Thanksgiving Day Parade.

A list of the best "Seinfeld" episodes is topped by "The Comeback", where George becomes obsessed with trying to get back at a co-worker who humiliated him during a meeting. It's followed by "The Soup Nazi", and "The Library". (Check out the complete list here.)

KANYE WEST posted a five-minute video where he said he wants to put his family back together, and admitted to several failings. They included his ego, his temper, his presidential campaign, and being a "self-righteous Christian."

EMILIA CLARKE is now the lady who bakes birthday cakes for her dog.

An artist made a LARS ULRICH toilet. It's fully functional, with a full sculpture of Lars sitting just behind the bowl. So basically, you sit in Lars' lap to do your business.

When you adjust for inflation, the most expensive music video ever is "Scream", by Michael and Janet Jackson. The next three are by Madonna: "Express Yourself", "Die Another Day", and "Bedtime Story".

Breaking News: Stephen Sondheim is dead at 91. One of Broadway’s most revered songwriters, he set the standard for the American musical. https://t.co/U6f5QeP5H9