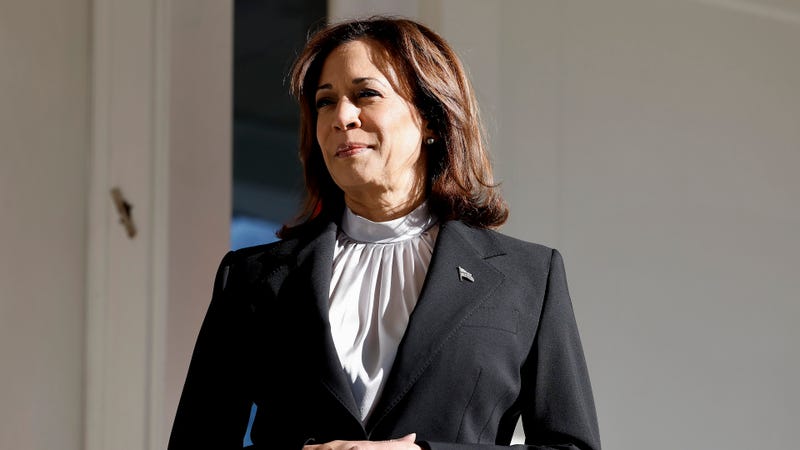 For the first time ever in United States history the Supreme Court reversed its own decision and overturned Roe V. Wade and took back a constitutional right in June 2022.

LISTEN NOW: Kamala Harris discusses overturn of Roe v. Wade on ‘We Can Do Hard Things Podcast’ with Glennon Doyle

While many were devastated as their bodily autonomy and constitutional rights were being stripped away, Vice President Kamala Harris recalls being en route to Illinois to meet with Congress member Lauren Underwood to discuss strategies to combat maternal mortality.

It was at this moment she recognized the continued hypocrisy from members of the United States government and she outlines why, as well as how this repeal is an attack on women in this episode of We Can Do Hard Things with Glennon Doyle.

The first person she called after hearing the news was her husband, the only person she felt she could be completely transparent and vulnerable with about her feelings with this repeal. “He’s about the only person I could call with furor that I had in a most unrestrained way with language that did honor to that fury,” she said.

“Here I am going to work on an issue that has been long ignored and the hypocrisy of these people who pretend and put themselves out as caring about the sanctity of life but have been wholly absent in those numbers when it comes to the fact that women are dying everyday in America in connection with childbirth.”

While there are many layers to this issue, Vice President Harris noted that “we’re going to have to fight.”

She dived into those layers by explaining, “among the many roots if you will that are a part of this issue in terms of what's behind it, it is judgment that has existed probably since the beginning of time about women’s sexuality.” Judgment that is essentially orchestrated to provoke feelings of guilt and embarrassment in women, so when they decide to seek an abortion they feel a sense of shame like they’re doing something wrong."

Now she doesn’t mean literal fist fighting but instead using your voice to empower and uplift one another and joining organizations to help promote the fight. “The effect of that activism is always a really wonderful thing, I think, for an individual, which is to see the incredible power and strength that we each have to lift up each other.”