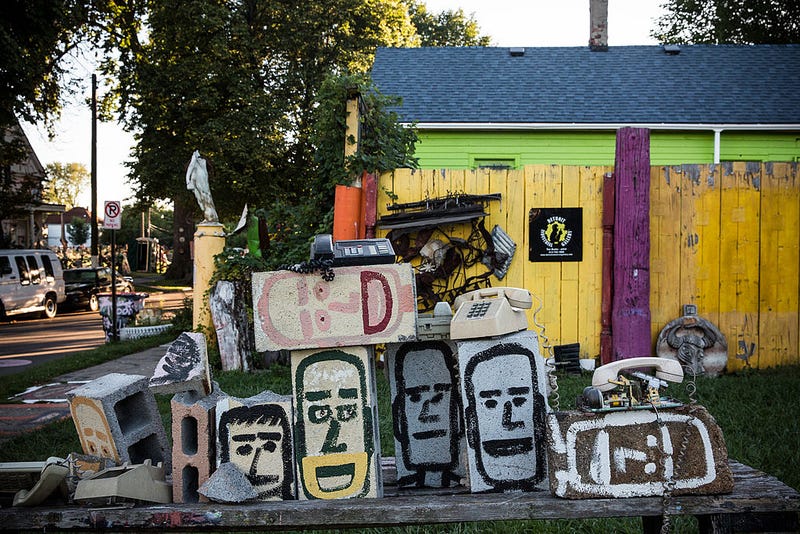 It all started with a wrong turn back in 1993 that would change Jenenne Whitfield’s life forever.

She stumbled upon the Heidelberg Project, then in its early stages, entirely by accident when she took a wrong turn on Heidelberg Street.

The street was located in an industrial and uninhabited area of Detroit known for being unsafe, so you can imagine her surprise when she saw rows of houses colored in polka-dots.

“What in the hell is all of this?” she asked a man sitting on the curb, who turned out to be artist and activist, Tyree Guyton. He was also her future husband — the two would go on to get married in 2001. 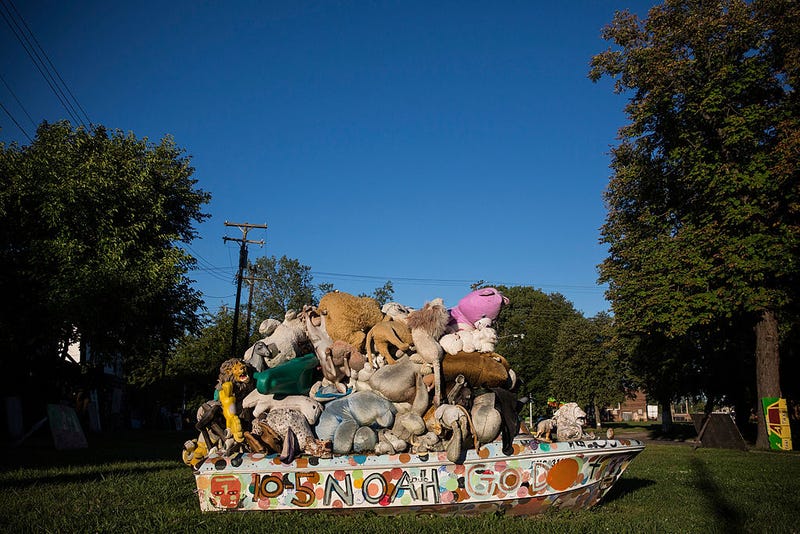 According to Thrillist, Guyton started the project in 1986 when he returned from the armed services and saw the demise of his grandparents’ once-thriving neighborhood. With Whitfield’s help, the couple invested decades of tender love and care into the overlooked area of Detroit.

“The Heidelberg Project is a beast,” says Whitfiled of the initiative, adding, “it is an animal that was way before its time. Survival is written all over it.”

Guyton decided to turn the space into his own canvas by coloring his childhood home in sherbert-colored polka dots to represent the different races and ethnicities in the world. The house is now known as Dotty Wotty House. 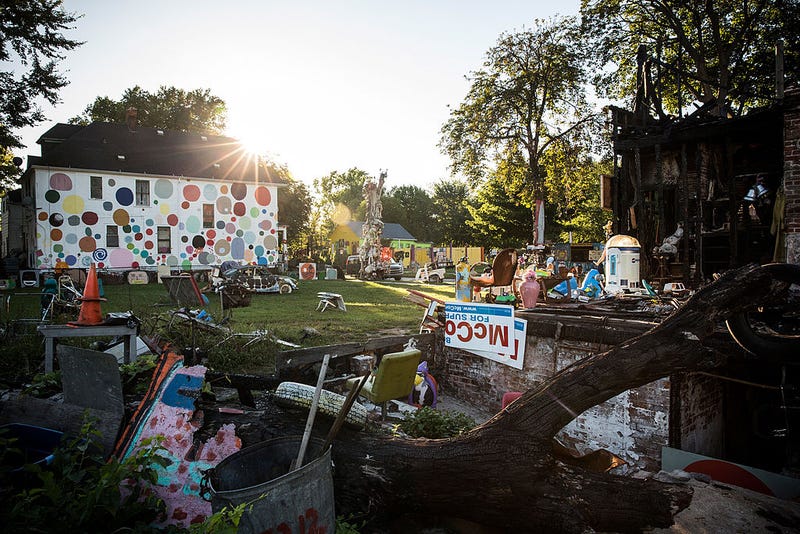 The color scheme extends to other objects that he’s revived — including toys, appliances, and cars, either donated or found — using using recycled materials and paint. Not even the asphalt was spared from Guyton’s paintbrush.

However, it wasn’t always received with people deeming it as junk, including the City of Detroit, which attempted to demolish it in 1991 and 1999.

Guyton never gave up and the Heidelberg Project continues to reinvent itself. Thrillist notes it's a testament to Black resilience as African Americans compromise up to 80% of the population in the city.

“The site means many things to many people,” Whitfield said. “And you literally are curating your own experience with Heidelberg. It defines itself to each and every person that experiences it.” The immersive art installation attracts many visitors who admire Guyton’s ability to turn nothing into something beautiful.

The publication notes around 200,000 visitors flock there a year with tourists from more than 140 countries signing the guest book. The work has inspired sister projects in other parts of the country including Pakistan and Honduras.

Kriss Ferluga, director of university academic services at Davenport University, a business and technology center in western Michigan, said she would often take her cultural history students to see the project.

“It was just amazing to just feel like I am now inside the art,” she recalled. “Even when you’re in an art installation in a museum, you’re still very aware of your boundaries. [At Heidelberg] it was just like some different pieces of reality kind of came together in ways that I had not expected them to.” 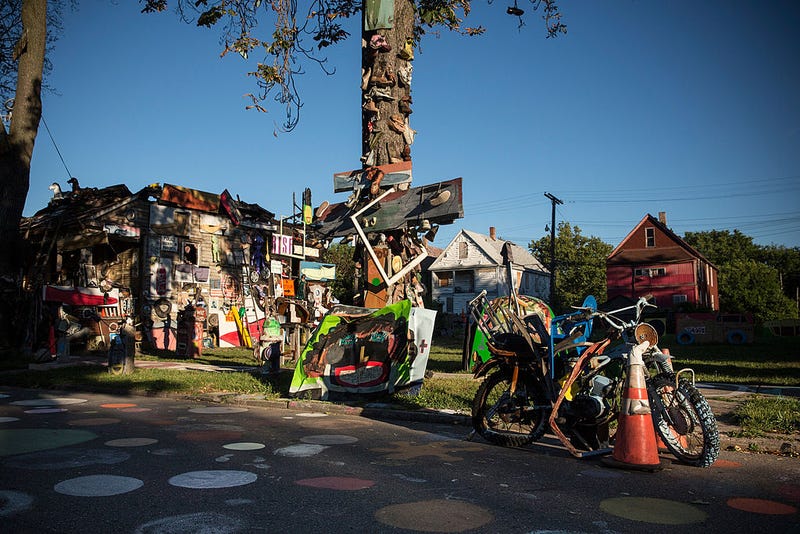 While the coronavirus pandemic hit much of Detroit hard, the Heidelberg Project turned out to be a “place of refuge” for many providing a space for social distancing and thought.

Guyton says he’s gearing up for “Heidelberg 3.0” as it’s always been “about the people.”

“It has remained relevant to all the cycles of what’s happened in the city of Detroit and the world,” Whitfield said. “I see Detroit as a microcosm for the rest of the world. But the Heidelberg Project is also a microcosm in a way [that] remains relevant.”