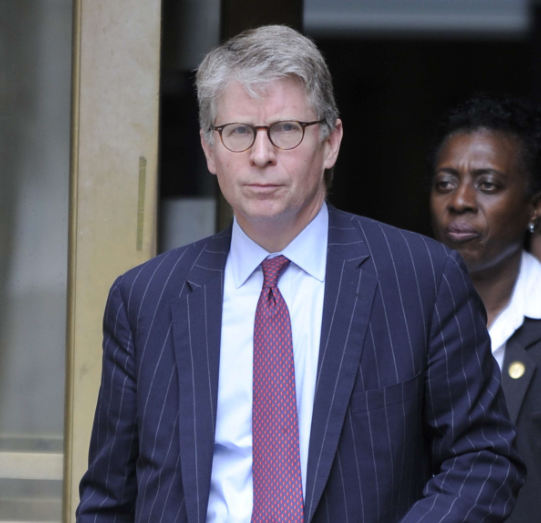 Judges will be able to assign proven alternatives instead of bail, or where additional support is required to ensure an individual returns to court for all but the most serious of felony charges.

Courts must now turn to non-monetary alternatives to bail, or release on recognizance, which cCriminal justice organizations estimate that approximately 40% of those in New York City jails at the time the law was passed would have been ineligible for bail or jail under the legislation.

Supervised Release provides a much-needed alternative, given the law’s new restrictions on who and when courts will be allowed to impose cash bail or remand defendants to jail, with a proven track record of getting the majority of participants back to court and providing connections to vital pre-trial services.

“With the lowest rate of incarceration of any major city, New York City is proving you don’t need to arrest your way to safety,” said Mayor de Blasio. “We are taking additional steps to ensure that people who can be safely supervised in the community are able to stay there, all while keeping crime at historic lows.”

The reforms are community-based and supportive in design, with the expansion of this successful pre-trial system aiming to continue to keep New York City safe.

The initiative was launched by Mayor de Blasio in 2016 with a $13.8 million investment from Manhattan D.A. Cyrus Vance Jr.

Supervised Release utilizes social and case workers, instead of law enforcement officials, to make sure that participants make their court hearings and also match those with specific needs to supportive services and resources.

In addition, the Manhattan D.A’s Office is funding New York’s first statewide college-in-prison program, a nationwide effort to end backlogs of untested rape kits, and dozens of other transformative projects.

Nearly 90% of clients made every court appearance while in the program, while 92% of clients had no felony re-arrests during that time according to the most recent statistics.

About 4,200 people have entered the program so far in 2019.The program will include the option of having enhanced tracks, allowing it to serve any individual, regardless of charge, who a judge believes would benefit from the program.The office of Pretrial Services, along with the Mayor’s Office of Criminal Justice will oversee the expansion and operation of Supervised Release and act as the City’s primary coordinating point for the providers, court officials, judges, and law enforcement agencies involved in pre-trial activities.“Over the past five years, New York City has undergone a fundamental shift in how we experience and understand safety, as crime has continued to fall alongside the City's jail population, even as law enforcement has lightened its touch,” said Mayor’s Office of Criminal Justice Director Elizabeth Glazer. “Supervise Release has played a critical role in this process, and offers a strong, proven solution to the challenges and opportunities provided by the State's bail reform measures.”According to a press release from the mayor's office, the program also serves as an innovative, time-tested, and progressive model for how alternatives to bail can be driven by communities and supportive services, rather than law enforcement sanctions alone which include:· Incorporating culturally competent and evidence-informed therapeutic interventions which allow program staff to help clients navigate everyday challenges, build skills and support resilience.· Hiring staff who have lived experience in the criminal justice system to mentor participants to encourage successful completion of the mandates during the pre-trial period. Former participants could one day serve as mentors.· Providing individualized support targeted to the needs of the individual, including referrals to mental health and substance use services, rather than blanket release “conditions.”· Incorporating smaller neighborhood-based and run organizations to build capacity within communities to work with individuals going through the court process.· These practices avoid bail alternatives used in other jurisdictions that have a law enforcement approach and rely on punitive and surveillance-oriented tools like drug testing, extensive electronic monitoring, and fees for supervision that are not shown to be effective, but often serve to draw people further into the criminal justice system.“The expansion announced today by the Mayor, Council, and DA Vance is a commendable next step towards further reducing unnecessary incarceration, closing the Rikers jails, and making sure that we deliver on the promise of bail reform," said Tyler U. Nims, Executive Director of the Independent Commission in NYC Criminal Justice and Incarceration Reform. "To achieve those goals, the program should be used as an alternative to incarceration rather than imposed on those who would return to court without supervision.”