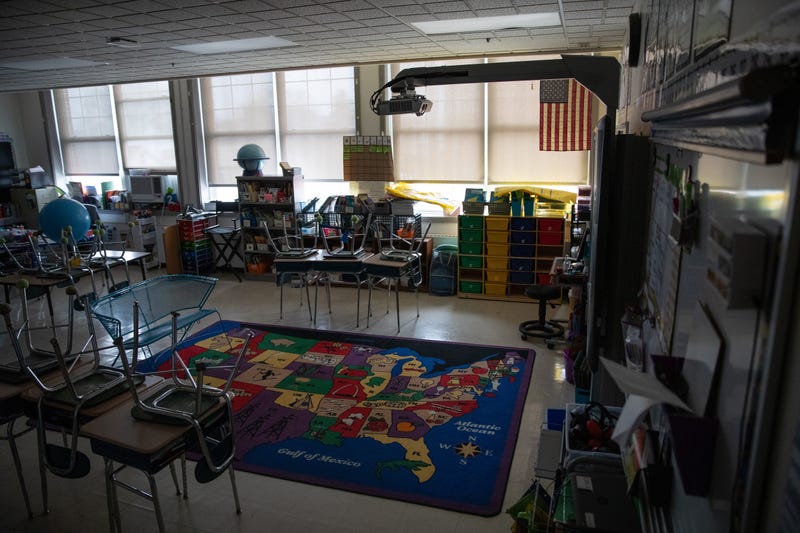 The New Jersey Department of Health on Wednesday launched a dashboard that tracks confirmed outbreaks traced to in-school transmission by county, Gov. Phil Murphy said at a news briefing.

NEW: The @NJDeptofHealth dashboard will now report instances of in-school transmission as well as #COVID19 cases identified. The new dash balances:
☑️Transparency and public information
☑️Protecting the privacy of those in our schools

The department confirmed outbreaks at 11 schools between Aug. 1 and Sept. 28: one in Bergen; two in Burlington; three in Cape May; two in Gloucester; one in Ocean; one in Passaic and one in Sussex, the dashboard shows.

Forty-three cases have been linked to the 11 outbreaks, Health Commissioner Judy Persichilli said at Murphy’s briefing.

The dashboard does not currently provide a list of the schools that reported outbreaks, nor does it say whether the cases are active or not. The state defines an “outbreak” as two or more confirmed COVID-19 cases among students or staff members within a 14-day period that are “linked within the school setting.” 1010 WINS has reached out to the health department for additional details about the outbreaks.

“We knew… that there would be positive cases in our schools, and our overarching aim remains ensuring that our schools do not themselves become the epicenters of new outbreaks,” Murphy said.

If a school reports two or more COVID-19 cases within a two-week period that are linked to more than one classroom and aren’t clearly connected, it should close for 14 days, Persichilli said. And if the school is in a high-risk COVID-19 area — a designation that will appear in red on the dashboard — it should close “until transmission is decreased,” she added.

Murphy on Wednesday reported 722 new COVID-19 cases and nine new fatalities, bringing the state’s death toll to 14,335. Eight of the people who died passed away between Sept. 25 and Sept. 28, while the ninth person died in mid-April, he noted.

The top three counties for new cases are Ocean with 188, Monmouth with 75, and Middlesex with 67. pic.twitter.com/ude07OynC8

As of Tuesday, 479 people were hospitalized with confirmed or probable COVID-19 cases, 108 of whom were in intensive care and 39 of whom were on ventilators. The state’s infection rate was 3 percent on Saturday, Sept. 26, the first time it has risen to 3 percent since July 17, Murphy said.

Of the 722 new cases the state reported, 188 were in Ocean County, 75 were in Monmouth County and 67 were in Middlesex, he said.

“We are working closely with the Lakewood community and religious leaders to increase our testing and to promote safeguarding initiatives throughout the town,” she added.