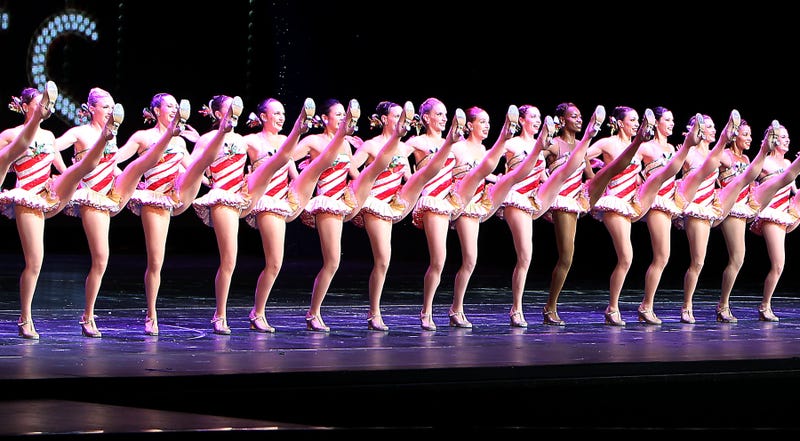 NEW YORK (1010 WINS) -- The 2020 Radio City Christmas Spectacular starring the Radio City Rockettes is canceled for the first time since its debut in 1933, MSG announced on Tuesday.

"We regret that the 2020 production of the Christmas Spectacular Starring the Radio City Rockettes, presented by Chase, has been canceled due to continued uncertainty associated with the COVID-19 pandemic," MSG Entertainment said in a statement. "We are disappointed for everyone involved with the show, as well as for the many fans who make the Christmas Spectacular a cherished part of their holiday tradition. We look forward to welcoming audiences back for the 2021 production, which is on sale now. All tickets for the 2020 production will be automatically refunded at the point of purchase."

The events company, which also owns Madison Square Garden, also announced it plans to lay off 350 people and its sister company, MSG Sports, which owns New York Knicks and the New York Rangers, is cutting 50 jobs, which equals about 15 percent of its corporate staff.

"This was a difficult decision for both companies, as we know that our success rests on the strength of our people, who consistently set the industry standard for excellence and professionalism," a rep for MSG Entertainment and MSG Sports said. "While we believe this is a necessary step to protect the long-term future of our businesses, we continue to actively pursue solutions that will allow us to safely reopen our doors, so we’re able to bring as many employees back as quickly as we can, once a return date for live events is established."

The company added that laid-off employees will receive severance and benefits packages, as well as outplacement support, to help with their transition.

music
Salma Hayek auditioned for ‘The Matrix’ and totally bombed it: ‘I never really went to the gym’
music
Seth Rogen convinced Conan to smoke weed during his last week on TBS
sports
Mike Golic gets candid on ESPN ouster: ‘They didn’t want me anymore’
sports
Pete Alonso commits to Home Run Derby
music
Mary J. Blige says her documentary shows where her pain came from and 'why it healed so many people'
music
WORLD PREMIERE: Bastille - 'Distorted Light Beam'