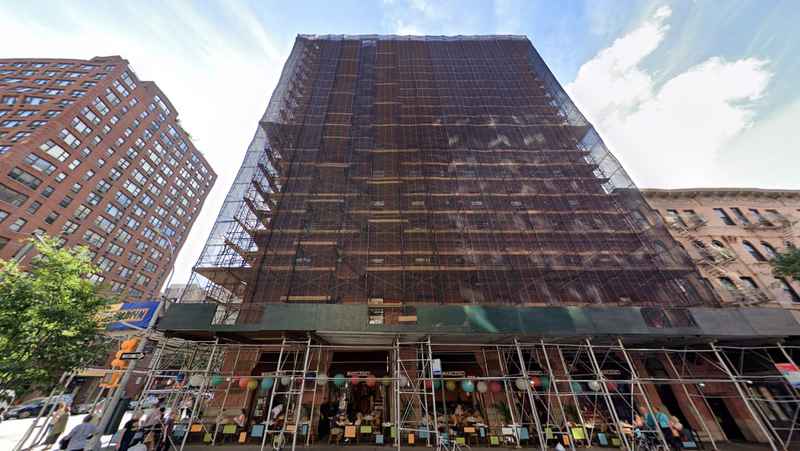 NEW YORK (1010 WINS) -- About 300 homeless men who have been living in The Lucerne hotel on the Upper West Side since July will be relocated elsewhere in the city, ending weeks of fighting between local residents who wanted the men out of their neighborhood, the city's Department of Homeless services announced Tuesday night.

The men had been placed at the hotel, located on 79th Street between Amsterdam Ave. and Broadway, in an effort to curb the spread of COVID-19.

The Department of Homeless Services said in a statement, "As we have said, our use of commercial hotels to combat COVID is temporary, and as part of our effort to continually review and streamline the footprint of our shelter locations, while always ensuring effective provision of services, we're beginning to relocate individuals from several commercial hotel locations to alternative non-congregate shelter locations, where we can continue to implement social distancing and provide isolation."

The statement continued, "With more than 60 commercial hotel locations utilized to combat COVID and protect our clients from this virus over the past nearly six months, these actions will begin to reduce that footprint where we can-and we are continuing to closely monitor health indicators with DOH, to determine when and how all of our clients who are residing in these temporary emergency hotel relocation sites citywide can safely return to shelter."

Randy Mastro, a lawyer who also served as deputy mayor in Rudy Giuliani's administration spoke on behalf of the West Side Community Organization. He said the group is glad the city is being pro-active to "address the chaos that reached a crisis point over the past several weeks when the city relocated hundreds of homeless individuals into the Lucerne Hotel, many of whom suffered from mental illness, addiction and other serious problems."