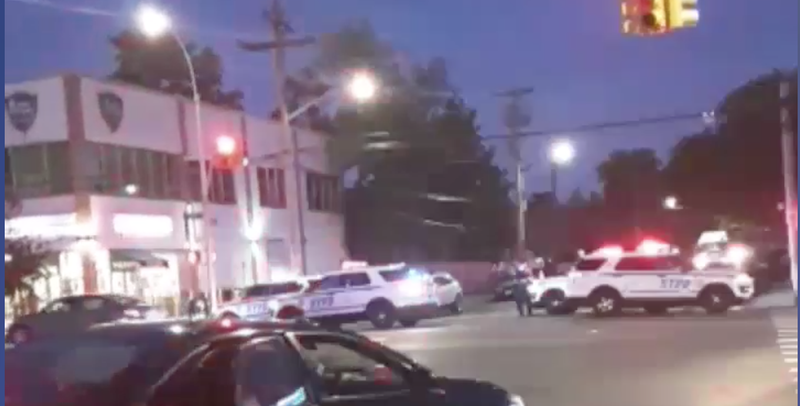 NEW YORK (1010 WINS) -- Five people were shot in the vicinity of a NYCHA complex in Canarsie, Brooklyn on Monday, all of whom were expected to survive, the NYPD said.

The five people were shot in the vicinity of the Bay View Houses just after 6:00 p.m. on Monday, police said.

Minutes later at 6:33 p.m., at Flatlands 4th Street and East 108th Avenue, a man was shot in the back while riding a scooter along with a woman who was uninjured, police said.

Each victim was transported to local hospitals, officials said.

The shootings are reportedly connected.

According to NYPD Chief of Detectives Rodney Harrison, a white four-door sedan was linked to each of the shootings, and it is believed that each victim was an intended target.

Police later released images of the vehicle wanted in the series of shootings.

🚨WANTED🚨!! The picture of vehicle below is wanted for a series shootings that occurred at multiple locations in #Canarsie on July 13, 2020. The occupants are considered armed & dangerous. We urge anyone with information please contact the 69th Precinct at 718-257-6306. pic.twitter.com/mNYGju1rF7

All five people were expected to survive, the NYPD said.