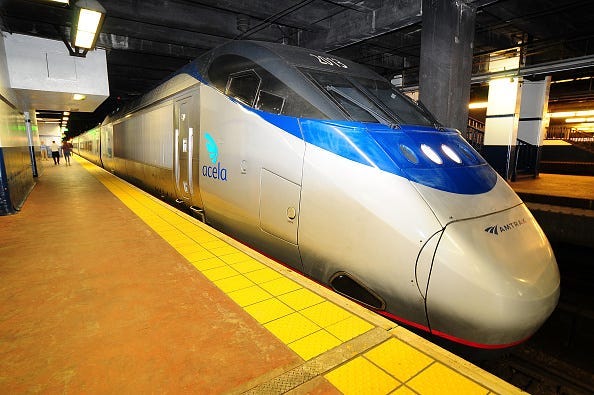 Direct service between the two cities will begin Monday, Sept. 23, and tickets are already available.

“The new Acela Nonstop service will have you halfway to your New York City or DC destination in the time it would take you to board a flight,” said Amtrak President & CEO Richard Anderson in a press release.

The trip takes approximately two hours and 35 minutes each way.

Initially, it will be a weekday-only schedule and includes a southbound train from New York Penn Station to Washington Union Station as well as one northbound train, from Washington to New York City, per day.

According to Amtrak, the southbound train will depart New York Penn at 6:35 a.m. and will arrive at Washington, D.C. around 9:10 a.m.

The northbound train will depart the nation’s capital at 4:30 p.m., and arrive at the Big Apple around 7:05 p.m.