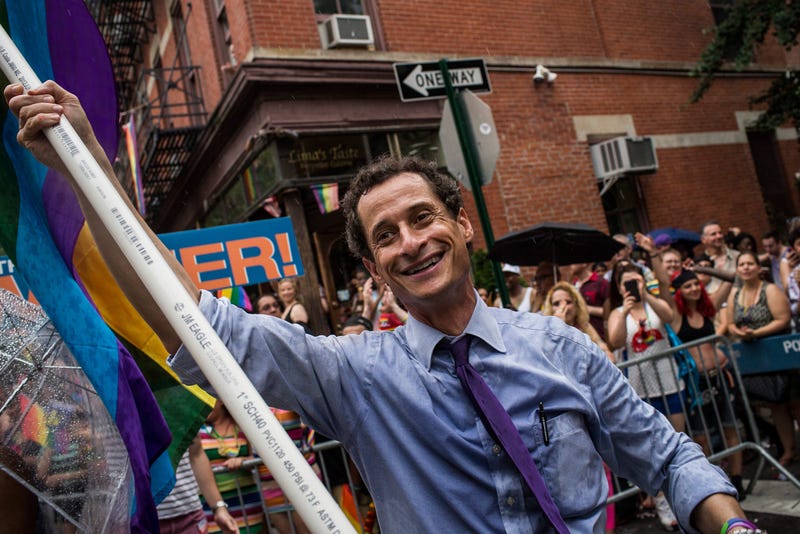 NEW YORK (1010 WINS) -- Former congressman Anthony Weiner appears to have moved on from his previous woes and now has a new job in the home decor industry: He's the CEO of Ice Stone, a Brooklyn Navy Yard-based company that manufacturers countertops made from recycled glass and cement.

According to Weiner's LinkedIn profile, he's been the CEO of the company since May. The New York Post first reported about his new job.

Weiner -- who was a congressman from January 1999 until June 2011 -- confirmed his employment with IceStone, telling The Post in an email that the company is "an amazing company that has been through a lot and is hanging on and doing that rarest of things — manufacturing in New York City." 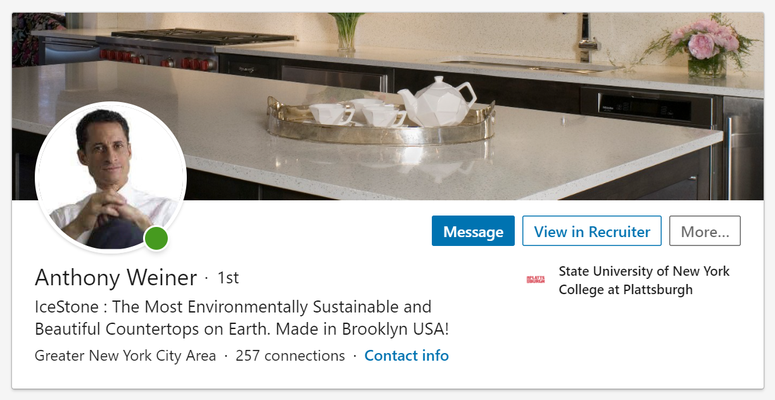 According to the Post, Weiner's new position was revealed to the masses in a promotional email for a countertop with flecks of blue and orange. "One of the amazing things about IceStone countertops, is that since people throw away all kinds of glass, there is almost an unlimited array of different colors we can use in our recycled glass creations,” he wrote.

He added, "So that when I joined the company as CEO I asked what I thought was an obvious question — Can we make a countertop in the colors of my favorite New York teams? So while not everyone is a fan of the Islanders (fingers crossed), Mets (ugh) or Knicks (don’t ask), if you are interested in a little color in your life, give IceStone a call.”

Considering Weiner needed another chance, IceStone may be the perfect fit.

"IceStone’s commitment to second chances goes beyond our factory and our products," its website reads. "We hire the homeless, refugees and train the formerly incarcerated and ensure that everyone gets paid a living wage and has access to subsidized health insurance and a voice in the company."