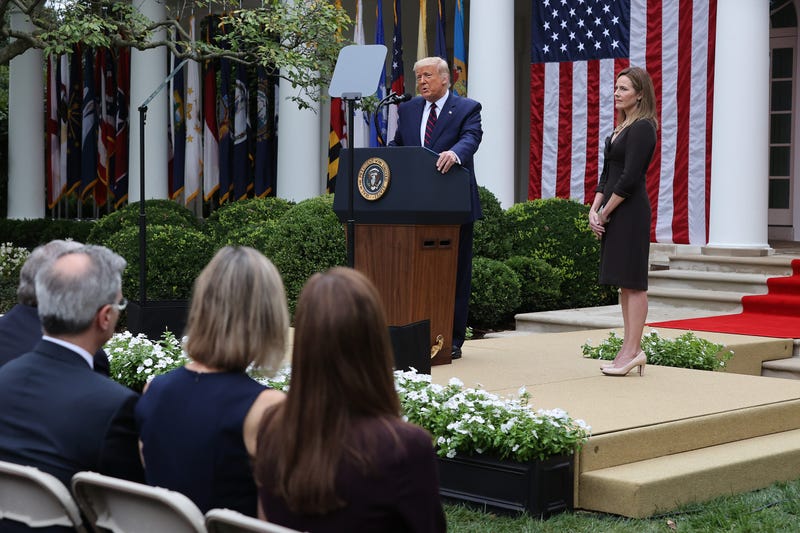 Judge Amy Coney Barrett, President Donald Trump’s nominee for the Supreme Court, has been on the 7th U.S. Circuit Court of Appeals since 2017. Her short tenure as a judge has led to few noteworthy or controversial opinions. She has, however, signed onto several decisions that are sure to be questioned in a possible confirmation fight. Here are summaries of some of her notable opinions:

Barrett has twice joined dissenting opinions asking for decisions blocking laws enacted by abortion opponents to be thrown out and reheard by the full appeals court.

Last year, after a three-judge panel blocked an Indiana law that would make it harder for a minor to have an abortion without her parents being notified, Barrett voted to have the case reheard by the full court.

In July, the Supreme Court in July threw out the panel's ruling and ordered a new look at the case.

In 2018, a three-judge panel ruled that Indiana laws requiring that funerals be held for fetal remains after an abortion or miscarriage and banning abortions because of the sex, race or developmental disability of a fetus were unconstitutional.

Barrett was among four judges who wanted the full court to weigh in and suggested that the laws, signed by then-Gov. Mike Pence, might be constitutional.

Supreme Court abortion decisions "hold that, until a fetus is viable, a woman is entitled to decide whether to bear a child. But there is a difference between ‘I don’t want a child’ and ‘I want a child, but only a male' or ‘I want only children whose genes predict success in life,’” Judge Frank Easterbrook wrote for the dissenting judges.

Barrett also joined the part of the opinion on the fetal remains law. "Many states have laws that prescribe how animals’ remains must be handled,” Judge Frank Easterbrook wrote for the dissenters. “The panel has held invalid a statute that would be sustained had it concerned the remains of cats or gerbils.”

Last year, the Supreme Court reinstated the fetal remains law, but not the ban on abortions for race, sex and developmental disabilities.

In a dissent in the 2019 gun-rights case of Kanter v. Barr, Barrett argued that a conviction for a nonviolent felony — in this case, mail fraud — shouldn’t automatically disqualify someone from owning a gun.

The two judges in the majority agreed with Trump administration arguments that the defendant, Rickey Kanter, could not own a gun under federal or Wisconsin law because of his criminal conviction.