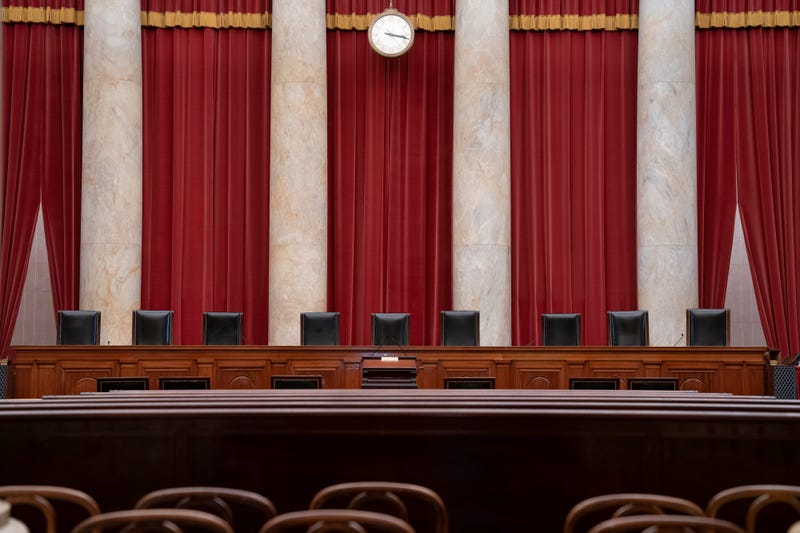 Photo credit FILE - In this June 2019 file photo the empty courtroom is seen at the U.S. Supreme Court in Washington as the justices prepare final decisions of the high court's term. The Senate is ready to move quickly on a Supreme Court nominee. President Donald Trump is expected Saturday, Sept. 26, 2020, to announce his replacement for the late Justice Ruth Bader Ginsburg. (AP Photo/J. Scott Applewhite, File)
By The Associated Press

WASHINGTON (AP) — President Donald Trump has chosen Judge Amy Coney Barrett to replace the late Ruth Bader Ginsburg, sending the nomination to the Senate with hopes of a quick confirmation fewer than 40 days before the presidential election.

Republicans are eyeing a vote in late October, though Senate Majority Leader Mitch McConnell hasn’t yet said for certain whether a final vote will come before or after the Nov. 3 election.

A confirmation vote so close to a presidential election would be unprecedented, creating significant political risk and uncertainty for both parties. Early voting is underway in some states in the races for the White House and control of Congress.

A look at the confirmation process and what we know and don’t know about what’s to come:

WHO IS AMY CONEY BARRETT?

Barrett has been a federal judge in Indiana since 2017, when Trump nominated her to the Chicago-based 7th U.S. Circuit Court of Appeals. She was previously a longtime University of Notre Dame law professor and clerked for the late Justice Antonin Scalia, whom she called her “mentor” as she accepted Trump’s nomination on Saturday. At age 48, she would be the youngest justice on the current court if confirmed.