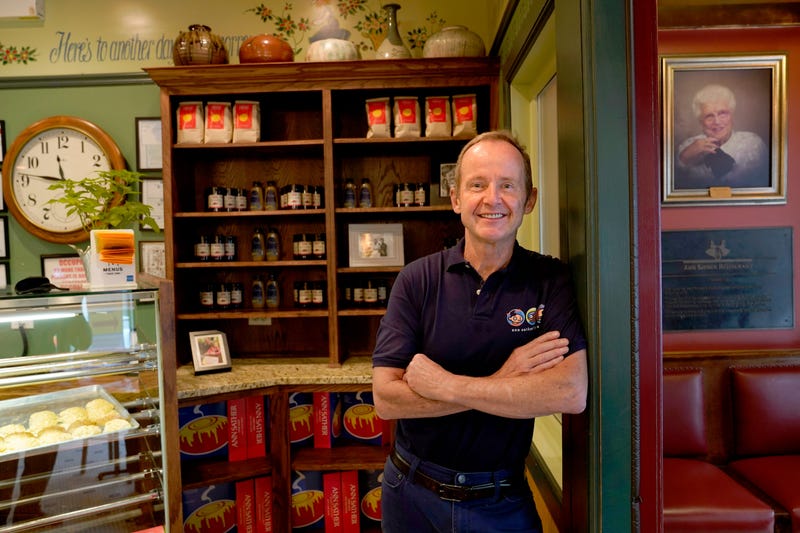 NEW YORK (AP) — When the coronavirus outbreak forced cruise lines to cancel trips to Alaska, it wiped out Midgi Moore’s tour business, leaving her with thousands of dollars in deposits to refund.

Moore’s company, Juneau Food Tours, didn’t have enough cash on hand. So, she withdrew $30,000 from her retirement account — a painful decision for a 56 year old starting to look forward to the day when she can stop working.

Many business owners are tapping the money they socked into personal savings and retirement accounts to withstand the pandemic. For some, like Moore, there are big expenses coming due while for others it’s a way to offset the losses and stay afloat until the virus eases its grip.

Owners are trying to keep their businesses alive at a critical time for the U.S. economy. Small businesses employ nearly half the nation's work force. In April, payroll provider ADP reported nearly 20 million jobs were lost at U.S. companies and said more than half were at businesses employing under 500 people. Many economists expect a sizable portion of those job losses will be permanent.

A report issued by the National Bureau of Economic Research found that 2% of small businesses surveyed had shut down permanently in March, a number that certainly has increased since, meaning it’s likely hundreds of thousands of businesses have failed. The government's Paycheck Protection Program helped by giving out more than 5.2 million loans to small businesses and non-profits. But owners and advocates say struggling companies need more help from Congress, and lawmakers themselves are urging the Federal Reserve to expand its lending to small and medium-sized businesses.

EDITOR’S NOTE — Click here to see the latest small business coverage from The Associated Press, including the series “Small Business Struggles,” where AP journalists tell the stories of small businesses fighting for survival.

How many owners have raided savings to shore up their companies during the pandemic is also unclear; in surveys, the number has varied widely from 4% to about 20%. Even owners with companies outside the stricken restaurant, retailing and travel industries have needed extra funds as high unemployment and a weakened economy made consumers and companies cautious about spending.

Alissa Kelly is forgoing most of her salary and has taken nearly $15,000 out of savings to keep her Las Vegas-based publicity firm running. Kelly says she lost almost all her clients in the entertainment and restaurant industries within hours back in March.

Kelly, owner of PR Plus, was forced to lay off two of seven staffers and cut other expenses. A loan from the Paycheck Protection Program helped cover payroll for about two months. Kelly was able to get some new clients, but there was still a shortfall and she didn’t want to take on a bank loan.

Luckily, Kelly didn’t have to touch her retirement account; she and her husband had put money aside for a rainy day.

“Who would have known it would have been for this type of emergency,” she says.

Cracking open a nest egg is not a step owners take lightly; it’s a gamble that the business will recover and they’ll replenish their savings. For many it’s a better alternative than borrowing — they don’t want the burden of debt, especially during an uncertain economy. And as many owners have discovered during the virus outbreak, even a government relief loan might not fully make up for lost cash flow.

John Holloway saw sales at his life insurance website increase when news about the coronavirus broke during the winter, but business plunged when Americans retreated to their homes in March. A loan from the government “helped a bit but was quickly in and out,” says Holloway, co-founder of NoExam.com.

Holloway and his business partner each turned to personal savings to live on. Holloway estimates he’s taken between $25,000 and $30,000 out of retirement and emergency fund accounts to pay his family’s expenses.

Holloway says withdrawing the money made him feel like he was going backward. But business has been improving and that makes him optimistic.