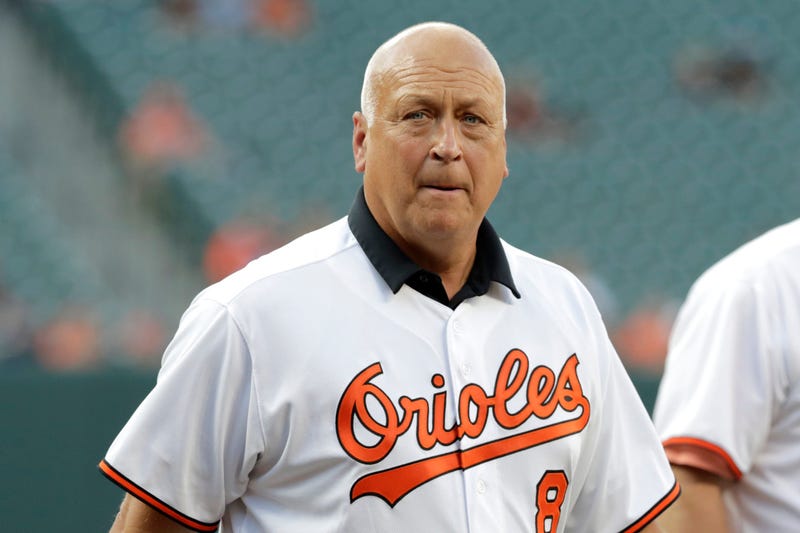 Cal Ripken Jr. revealed Thursday he is cancer free after surgery in March to remove a tumor from his prostate.

Known as “The Iron Man" for his record streak of playing in 2,632 consecutive games, the Hall of Famer for the Baltimore Orioles was diagnosed with cancer in February. He wasn't experiencing symptoms, but bloodwork results prompted a visit to a urologist. After several tests, a biopsy detected cancer.

“Got the surgery, got out, recovered," Ripken said during a Zoom call. “All the different postanalysis said the cancer was all contained. I’m cancer free, and I can continue my normal life. I thank my lucky stars that occurred."

Ripken, who turns 60 next week, initially decided to keep his story secret. But he figured that by sharing his experience he might encourage others to have a prostate test.

“I kind of toyed with the idea of not telling anybody about that, ever," he said. “It feels like it was a personal issue. ... It proved that if you get the diagnosis early, the outcome can be fantastic."

Ripken became emotional when talking about the scare.

“We all know people that have had different cancers, and you wonder how it would feel if it happened to you," he said. “I know what that feels like now."

"One of my early reactions was to call my brother Bill (a former big league player) to make sure he was getting his regular physicals," he added. “When you retire, that responsibility falls on you. Sometime we avoid that."

“I thought maybe my story — as great as it is because it has a happy ending — could encourage and maybe bring the awareness that you should get checked, you should go to the doctor, do all the things necessary so can you catch something like this early," Ripken said. “Because when you do, you have a lot of options and it’s a good outcome."

Twenty-five years ago next month, Ripken broke Lou Gehrig's consecutive games streak by extending his own streak to 2,131. Most of those games were played when the Orioles were struggling to win, but he took pride in suiting up every day in an effort to help Baltimore win that night.

“My cancer was the same way. You can feel sorry for yourself in the beginning and say, ‘Why me? Why did this happen to me?'" he said. “Or you can deal with the reality of it and do everything you can to get past it and move on."