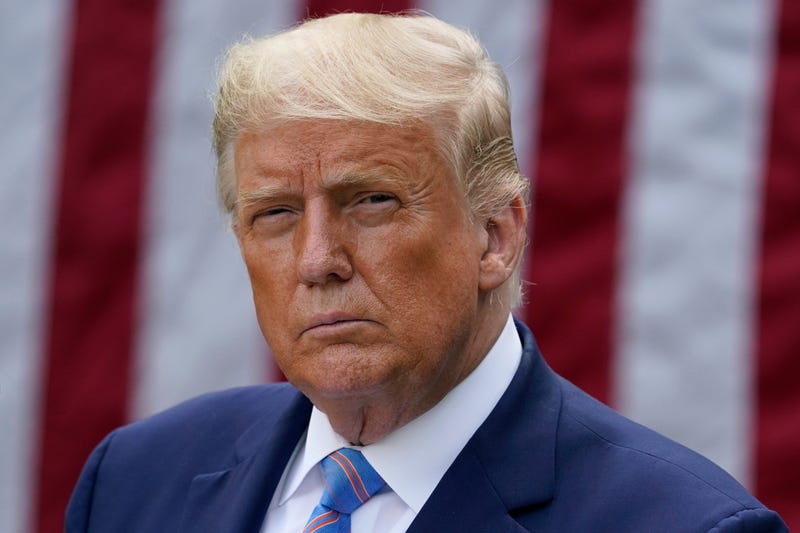 Photo credit President Donald Trump speaks about coronavirus testing during an event in the Rose Garden of the White House, Monday, Sept. 28, 2020, in Washington. (AP Photo/Evan Vucci)
By The Associated Press

WASHINGTON (AP) — Revelations that President Donald Trump is personally liable for more than $400 million in debt are casting a shadow that ethics experts say raises national security concerns he could be manipulated to sway U.S. policy by organizations or individuals he’s indebted to.

New scrutiny of Trump, who claims great success as a private businessman, comes after The New York Times reported that tax records show he is personally carrying a staggering amount of debt — including more than $300 million in loans that will come due in the next four years.

Sen. Elizabeth Warren, D-Mass., was blunt about the potential implications. “He may be vulnerable to financial blackmail from a hostile foreign power and God knows what else,” said Warren, a frequent Trump critic.

The Times said the tax records also show that Trump did not pay any federal income taxes in 11 years between 2000 and 2018, raising questions about the fairness of a president — who purports to be a billionaire — paying less in taxes than most Americans.

The politically damaging revelations about Trump’s tax avoidance, however, are perhaps less concerning than word the president is holding hundreds of millions of dollars of soon-to-mature debt, ethics experts said.

“Americans should be concerned about the president’s debt because it’s a national security risk for our country,” said Donald Sherman, deputy director of the nonprofit government watchdog group Citizens for Responsibility and Ethics in Washington (CREW). “This is information that the president has aggressively and repeatedly tried to keep away from the public.”

Trump, citing an ongoing Internal Revenue Service audit, has refused to follow the post-Watergate precedent set by other presidents of releasing his tax returns, so the complexities of his financial interests and whom he does business with have remained opaque. He’s fighting ongoing court battles with New York’s attorney general, Manhattan’s district attorney and two House committees who want the records.

“Why would banks assume the risk on these loans?” Painter said. “Or did someone else quietly assume risk of that loan for the bank to make it happen?”

Trump, according to his latest financial disclosure statement, reported that he had 14 loans on 12 properties.

One lender, Germany-based Deutsche Bank, continued to do business with Trump even after he defaulted in 2008 on a loan for his Chicago hotel and condo development. Trump filed suit against the bank and others whom he blamed for his inability to repay.

But Deutsche Bank’s private banking division continued to lend to Trump, including $125 million to finance the purchase and renovation of his Doral golf resort in 2012, according to previous disclosures.