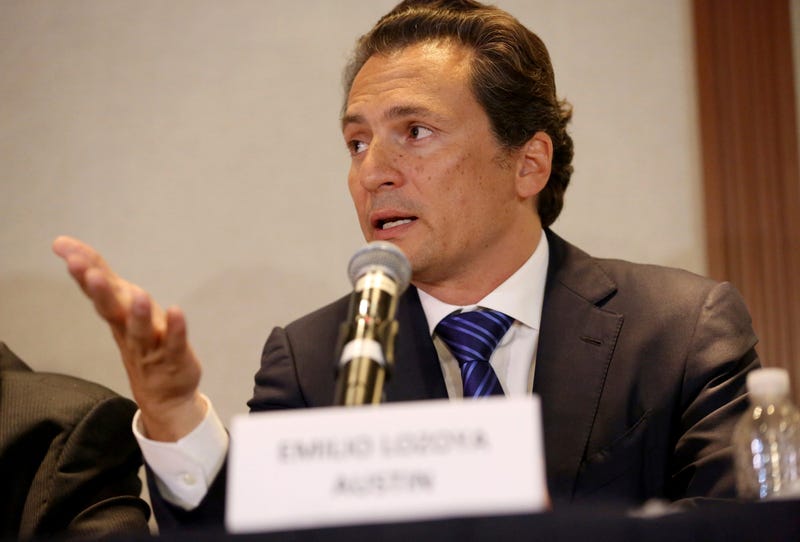 Photo credit FILE - In this Aug. 17, 2017 file photo, Emilio Lozoya, former head of Mexico's state-owned oil company Pemex, gives a press conference in Mexico City. Lozoya, who was arrested in February 2020 by Spanish police on an international warrant issued by Mexico, has dropped his extradition fight and agreed to return to Mexico to cooperate in corruption investigations, according to Attorney General Alejandro Gertz Manero on Tuesday, June 30, 2020. (AP Photo/Gustavo Martinez Contreras, File)
By The Associated Press

MEXICO CITY (AP) — In some of the most explosive accusations in recent Mexican political history, the former head of the state-owned oil company directly accused former President Enrique Peña Nieto and his treasury secretary of directing a scheme of kickbacks and embezzlement directly from the president’s office.

Emilio Lozoya, the former head of Petroleos Mexicanos who himself faces corruption charges, alleges Peña Nieto and Luis Videgaray used the state-owned Pemex as a conduit to “fulfill promises made during the (2012) campaign,” among other allegations he makes in a leaked 60-page document whose authenticity was confirmed by Mexican authorities Wednesday.

“Enrique Peña Nieto and Luis Videgaray Caso created a scheme of corruption in the federal government, in which the common denominator was that all the people who supported in some way the presidential campaign had to be recompensed or repaid,” usually in the form of cushy government contracts, Lozoya wrote.