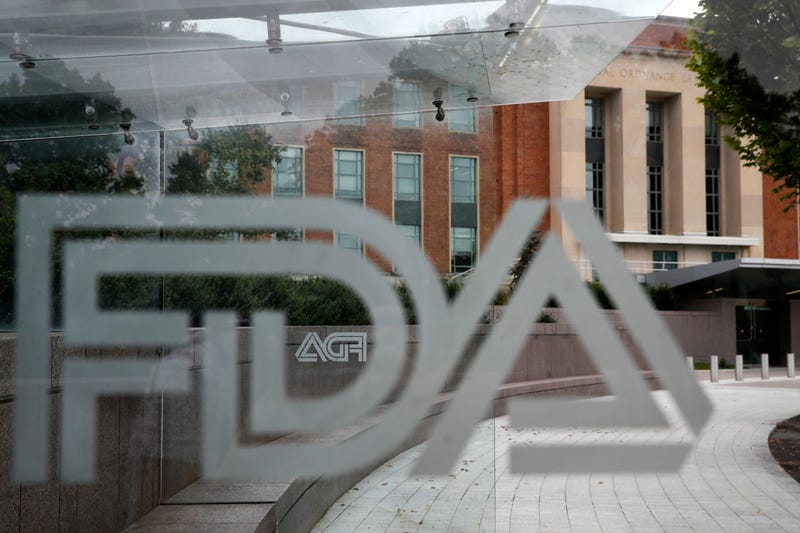 Photo credit FILE - This Aug. 2, 2018, file photo shows the U.S. Food and Drug Administration building behind FDA logos at a bus stop on the agency's campus in Silver Spring, Md. Investors are driving shares of drug developer BioMarin down by a third after U.S. regulators rejected its potentially game-changing gene therapy for hemophilia A patients. The FDA's rejection late Tuesday, Aug. 18, 2020, means BioMarin will have to complete an ongoing late-stage patient study. (AP Photo/Jacquelyn Martin, File)
By The Associated Press

FAIRLESS HILLS, PA (AP) — Investors fled drug developer BioMarin in droves on Wednesday, driving shares down by a third after U.S. regulators rejected the company’s potentially game-changing hemophilia A gene therapy over concerns it might not really be a one-and-done lifetime treatment.

The infused therapy, called Roctavian, could have freed hemophilia A patients from frequent, extremely expensive infusions of a blood-clotting therapy to prevent dangerous internal bleeding. It had been highly anticipated by doctors, patients and investors.

In a statement, BioMarin said the company and the FDA previously agreed on how much patient testing data the agency required to review the therapy, but in its rejection letter the FDA for the first time recommended Biomarin finish the late-stage study and provide two years of follow-up data on the therapy’s safety and efficacy in preventing internal bleeding for all study participants.

The company added that FDA concluded differences between the results of a small, early-stage study and interim data from the late-stage study left unclear how long the therapy’s effect would last.

Roctavian was meant to free patients with severe hemophilia A from 100 to 150 IV infusions of Factor VIII per year to prevent or at least reduce painful, spontaneous bleeding into joints and muscles, which can cause permanent damage to them.

Also known as valoctocogene roxaparvovec or valrox for short, it would have been the first gene therapy approved in the U.S. for any type of hemophilia. That's a rare, genetic bleeding disorder in which people don’t have enough of a clotting protein called Factor VIII due to a mutation in the gene responsible for producing it. They repeatedly suffer spontaneous internal bleeding. About 1 in 10,000 people, mostly males, have hemophilia A, including about 20,000 in the U.S. About half have severe disease.

The gene therapy works by using an inactivated virus, created in a lab, to deliver to liver cells a working gene via a one-time IV infusion meant to enable the body to produce FVIII on its own.

Questions about whether it would work for a lifetime or just a few years came amid rumors that Biomarin might set a price tag as high as $3 million per patient. That would top the price for the most expensive therapy ever approved by the FDA, Swiss drugmaker Novartis AG’s gene therapy for spinal muscular atrophy, Zolgensma, which was launched in spring 2019 with a $2.125 million price tag per patient.

Biomarin has estimated the lifetime cost of current treatments to prevent bleeding at about $25 million, arguing its gene therapy would save far more than its cost.

Several other drugmakers are developing gene therapies for hemophilia A but are further behind in testing: partners Pfizer Inc. and Sangamo Therapeutics, Spark Therapeutics and Generation Bio.

SVB Leerink analyst Joseph Schwartz on Wednesday slashed his 12-month price target for BioMarin's stock from $140 to $113 per share. He called the FDA ruling a “major negative surprise,” but added, “We would not sell the stock here, as disappointing as this is.”

Schwartz noted that after BioMarin disclosed disappointing data from an interim analysis of the ongoing late-stage study, company shares dropped to $63. Schwartz believes BioMarin’s other assets are worth an $88 share price.

The company currently sells six medicines in the U.S., all for rare genetic or enzyme disorders. It posted a profit of $52 million on revenue of $932 million in the first six months of 2020.

In mid-afternoon trading, Biomarin Pharmaceutical Inc. shares plunged $42.62, or 36%, to $75.92. Trading volume by then was about 19 times the usual number of BioMarin shares traded in a day.