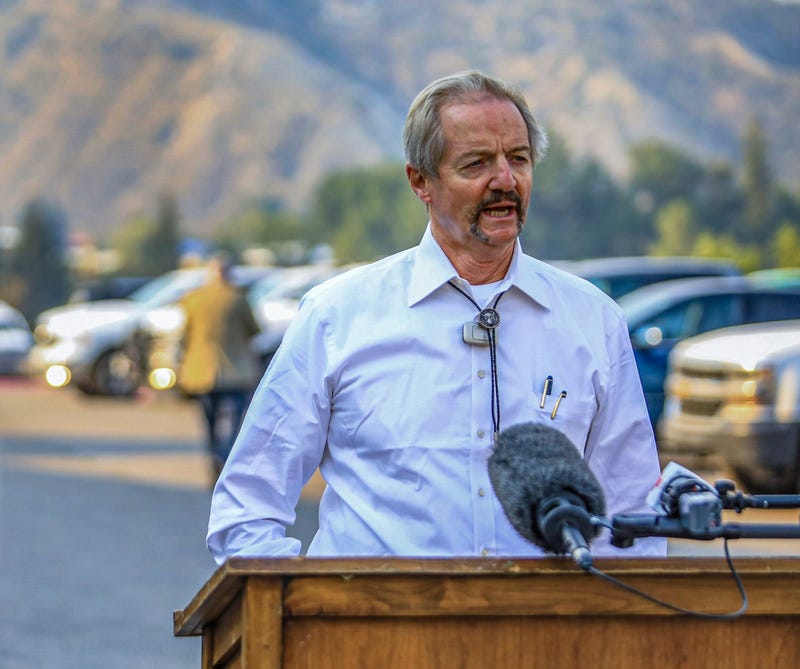 BILLINGS, Mont. (AP) — A federal judge ruled Friday that President Donald Trump's leading steward of public lands has been serving unlawfully, blocking him from continuing in the position in the latest pushback against the administration's practice of filling key positions without U.S. Senate approval.

U.S. Interior Department Bureau of Land Management acting director William Perry Pendley served unlawfully for 424 days without being confirmed to the post by the Senate as required under the Constitution, U.S. District Judge Brian Morris determined.

The ruling came after Montana’s Democratic governor in July sued to remove Pendley, saying the former oil industry attorney was illegally overseeing an agency that manages almost a quarter-billion acres of land, primarily in the U.S. West.

“Today’s ruling is a win for the Constitution, the rule of law, and our public lands,” Gov. Steve Bullock said Friday. Environmental groups and Democratic lawmakers from Western states also cheered the judge's move after urging for months that Pendley be removed.

The ruling will be immediately appealed, according to Interior Department spokesman Conner Swanson. He called it “an outrageous decision that is well outside the bounds of the law," and he said the Obama administration had similarly filled key posts at the agency with temporary authorizations.

The agency will abide by the judge's order while the appeal is pending, officials said. It will also have to confront questions over the legitimacy of all decisions Pendley had made, including his approval of land use plans in Montana that Morris said Pendley was not authorized to make.

The land bureau regulates activities ranging from mining and oil extraction to livestock grazing and recreation. Under Trump, it has been at the forefront in the administration's drive to loosen environmental restrictions for oil and gas drilling and other development on public lands.

Pendley has been one of several senior officials in the Trump administration running federal agencies and departments despite not having gone before the Senate for the confirmation hearings that are required for top posts.

Last month, the Government Accountability Office, a bipartisan congressional watchdog, said acting Department of Homeland Security Secretary Chad Wolf and his acting deputy, Ken Cuccinelli, were improperly serving and ineligible to run the agency under the Vacancies Reform Act. The two have been at the forefront of administration initiatives on immigration and law enforcement.

Trump agencies have defended the skipped deadlines for Senate hearings for administration nominees, saying that the senior officials involved were carrying out the duties of their acting position but were not actually filling that position, and thus did not require a hearing and votes before the Senate.

Pendley had been formally nominated by Trump to direct the land bureau in July, after being given temporary authorizations to the acting position several times by Interior Secretary David Bernhardt.

But the nomination was withdrawn earlier this month after the confirmation process threatened to become contentious, potentially disrupting key U.S. senate races in Montana, where Bullock is seeking to unseat incumbent Republican Steve Daines, and Colorado, where Republican Sen. Cory Gardner is being challenged by former Gov. John Hickenlooper.

Pendley continued to hang on to the post despite the withdrawal, under an arrangement that Pendley himself set up months ago. In a May 22 order, Pendley made his own po