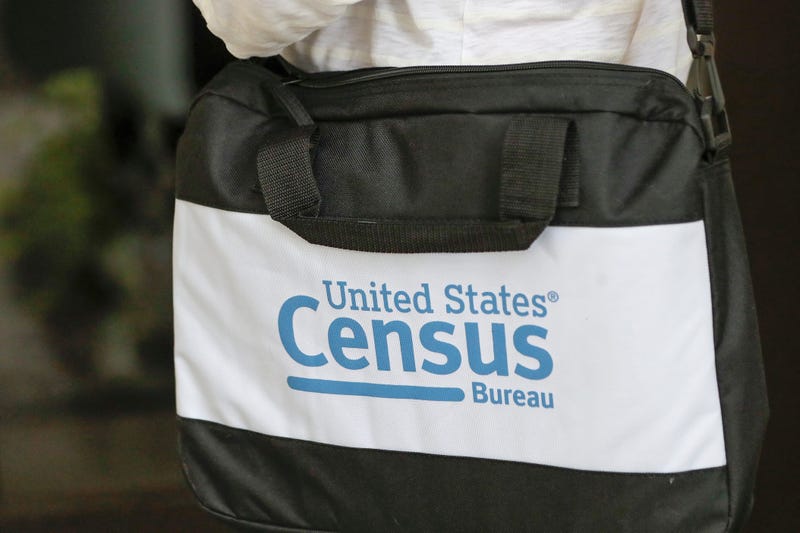 ORLANDO, Fla. (AP) — Saying the president had exceeded his authority, a panel of three federal judges on Thursday blocked an order from President Donald Trump that tried to exclude people in the country illegally from being counted when congressional districts are redrawn.

The federal judges in New York, in granting an injunction, said the presidential order issued in late July was unlawful. The judges prohibited Commerce Secretary Wilbur Ross, whose agency oversees the U.S. Census Bureau, from excluding people in the country illegally when handing in 2020 census figures used to calculate how many congressional seats each state gets.

According to the judges, the presidential order violated laws governing the execution of the once-a-decade census and also the process for redrawing congressional districts known as apportionment by requiring that two sets of numbers be presented — one with the total count and the other minus people living in the country illegally.

The judges said that those in the country illegally qualify as people to be counted in the states they reside. They declined to say whether the order violated the Constitution.

“Throughout the Nation’s history, the figures used to determine the apportionment of Congress — in the language of the current statutes, the ‘total population' and the ‘whole number of persons' in each State — have included every person residing in the United States at the time of the census, whether citizen or non-citizen and whether living here with legal status or without," the judges wrote.

Opponents of the order said it was an effort to suppress the growing political power of Latinos in the U.S. and to discriminate against immigrant communities of color. They also said undocumented residents use the nation’s roads, parks and other public amenities and should be taken into account for any distribution of federal resources.

The lawsuits challenging the presidential order in New York were brought by a coalition of cities, civil rights groups and states led by New York. Because the lawsuits dealt with questions about apportionment, it was heard by a three-judge panel that allows the decision to be appealed directly to the U.S. Supreme Court.

“This is the most blatantly unconstitutional act I've ever encountered in years litigating the federal government," Dale Ho, director of the ACLU’s Voting Rights Project, one of the group's that challenged the order, said in an interview.

New York Attorney General Letitia James noted that the federal court in New York also had ruled against the Trump administration in its failed attempt to add a citizenship question to the 2020 census. The head count of every U.S. resident is set to wrap up at the end of September. That case went to the Supreme Court which blocked the citizenship question from being added.

“The courts have ruled in our favor on every census matter in the last two years and continually rejected President Trump’s unlawful efforts to manipulate the census for political purposes," James said.

After Trump issued the order in July, around a half dozen lawsuits around the U.S. were filed by states, cities, immigrant advocates and civil rights groups challenging its legality and constitutionality.

The New York case is the first to get a ruling, but there are other issues the New York judges didn't address that could be addressed in the other court cases. Those include whether the order violated governmental administrative procedures and whether the Census Bureau will have to use a statistical method to calculate who is in the country illegally. The Supreme Court has ruled that method, sampling, can't be done for apportionment numbers.

The lawsuits said there was no reliable method for counting people in the U.S. illegally and the order would have diminished the accuracy of the census.

An analysis by Pew Research Center showed that California, Florida and Texas would end up with one less congressional seat if people in the country illegally were excluded from apportionment. Alabama, Minnesota and Ohio would each keep a congressional seat they most likely would have lost if the presidential order were enforced, according to the Pew analysis.

The Commerce Department didn't respond to an emailed inquiry.