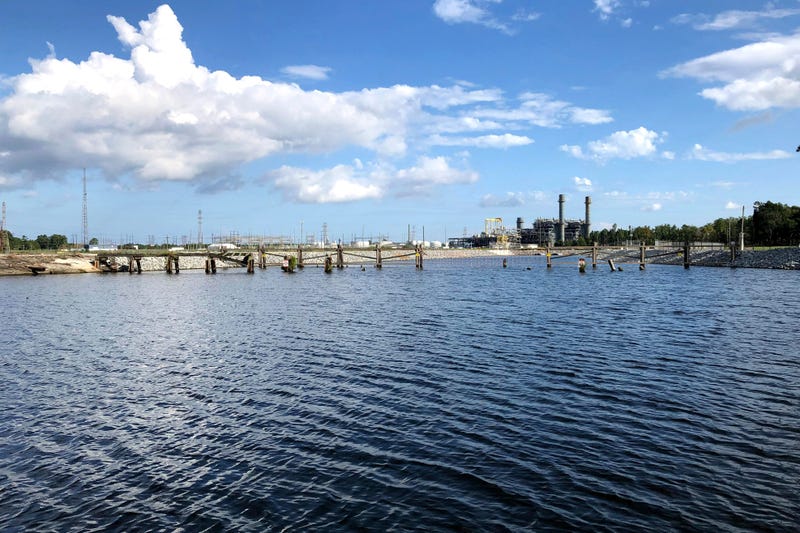 Photo credit This Sept. 14, 2020 photo shows shows a Duke Energy natural gas-fired electric power plant on Sutton Lake in Wilmington, N.C. It went online in 2013 and replaced a coal-fired plant that had polluted the lake with coal ash. Sutton Lake is among a number of man-made reservoirs in the U.S. that environmentalists say will lose federal protection from pollution under a Trump administration revision of the Clean Water Act that took effect this year. (AP Photo/John Flesher)
By The Associated Press

WILMINGTON, N.C. (AP) — Nearly 50 years ago, a power company received permission from North Carolina to build a reservoir by damming a creek near the coastal city of Wilmington. It would provide a source of steam to generate electricity and a place to cool hot water from an adjacent coal-fired plant.

Sutton Lake became popular with boaters and anglers, yielding bass, crappie, bluegill and other panfish. But coal ash from the plant fouled the public reservoir with selenium, arsenic and other toxic substances, endangering the fish and people who ate them.

Environmentalists sued Duke Energy, which settled the case by spending $1.25 million protecting nearby wetlands. But now the company — and other U.S. power producers — may have gotten the last laugh.

The Trump administration this year completed a long-debated rewrite of the Clean Water Act that drastically reduces the number of waterways regulated by the federal government. A little-noticed provision for the first time classifies “cooling ponds” as parts of “waste treatment systems” — which are not covered under the law.

The U.S. Environmental Protection Agency and the power industry describe it as a clarification with little real-world effect. But environmental groups challenging the Trump rule in court say it opens up reservoirs like Sutton Lake to similar abuse.