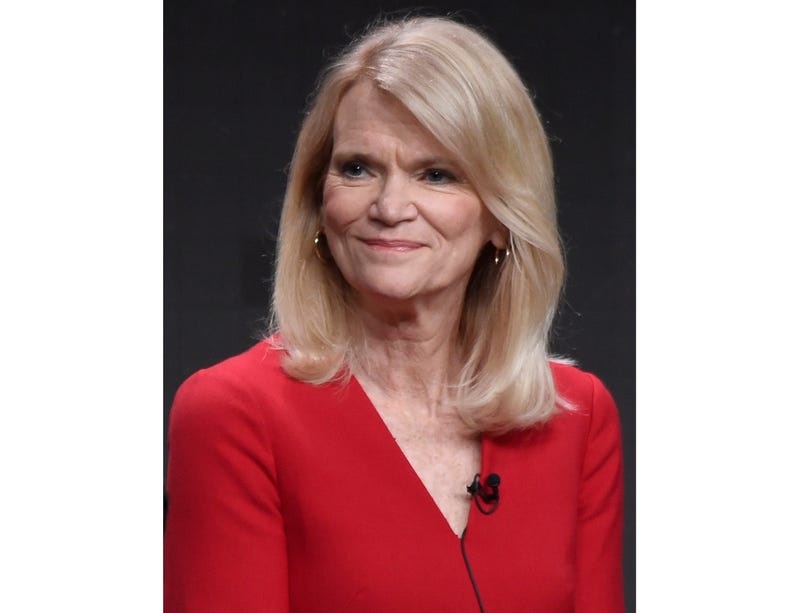 Photo credit FILE - Journalist Martha Raddatz participates in "The Long Road Home" panel during the National Geographic Television Critics Association Summer Press Tour in Beverly Hills, Calif. on July 25, 2017. When the coronavirus shutdown began, Raddatz figured her plan for a cross-country road trip to meet voters would be shelved, too. But this week Raddatz nears the end of a 6,000-mile journey. (Photo by Chris Pizzello/Invision/AP, File)
By The Associated Press

NEW YORK (AP) — When the coronavirus shutdown began, ABC News' Martha Raddatz figured her plan for a cross-country road trip to meet voters would be shelved, too.

Instead, this week Raddatz nears the end of a 6,000-mile journey, where in Ohio she found a man who said President Trump “almost walks on water.” She's made accommodations, been careful with masks and distancing, arranged interviews ahead of time and is avoiding a cliche of political reporting for safety's sake.

The pandemic that instantly changed the 2020 presidential campaign forced news organizations to reevaluate coverage plans, too. It's an ongoing process: several reporters who followed Trump to Nevada on Sunday stayed outside when they learned the president's rally would be held indoors.

For months, news executives wondered if they would be covering a campaign without campaigning, although it has grown more public after Labor Day.

“In a way, it gave us an opportunity to reassess how we do things,” said Peter Wallsten, senior politics editor at The Washington Post. “It's not clear whether how the media has been covering campaigns in the past has been the right way.”

Given a result that took many people by surprise in 2016, one thing virtually all news organizations planned for this year was to talk to more voters, particularly in swing states.

Restrictions on travel and safety concerns made that more difficult.

The New York Times built a network of freelancers in key states, many of them experienced journalists who had lost jobs in the industry's downturn. The newspaper has three in Wisconsin, a competitive state that also became the incubator of racial justice protests.

“I don't want to be in New York making assumptions about what independent voters in the Milwaukee suburbs are feeling about Donald Trump or Joe Biden,” said Patrick Healy, the Times' political editor.

The journalists have spotted stories that may not be strictly political but give insight into what communities are thinking about. Healy cited Kathleen Gray's June piece on how the community reacted when a recently-married lesbian in Michigan was fired as a church music director.