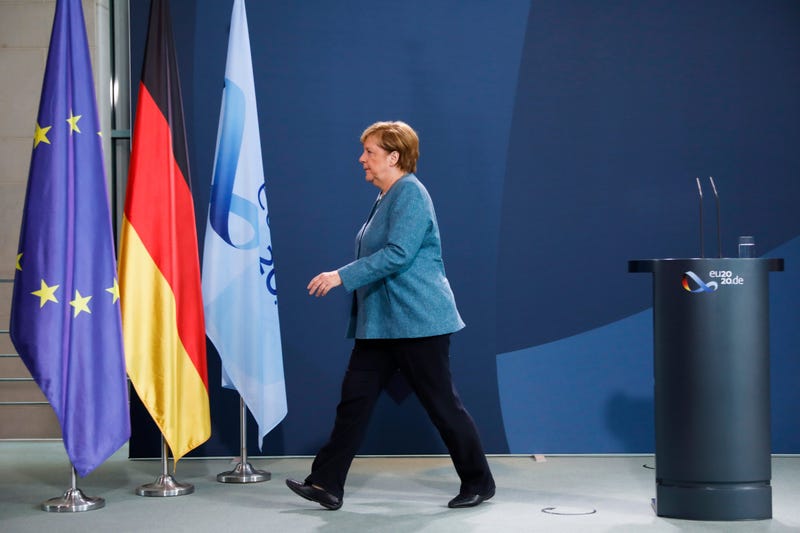 MOSCOW (AP) — Russian President Vladimir Putin's spokesman brushed off allegations Thursday that the Kremlin was involved in poisoning Putin's most determined critic, accusing Germany of not providing Moscow with any evidence about the condition of Russian dissident Alexei Navalny.

Navalny, a politician and corruption investigator, fell ill on a flight to Moscow on Aug. 20 and was taken to a hospital in the Siberian city of Omsk. He has been in an induced coma for more than a week in a Berlin hospital after being flown from Siberia to Germany for treatment more than a week ago.

German authorities said Wednesday that tests showed “proof without doubt" that he had been poisoned with a chemical nerve agent from the Novichok group. British authorities identified the Soviet-era Novichok as the poison used on former Russian spy Sergei Skripal and his daughter in England in 2018.

But Kremlin spokesman Dmitry Peskov insisted Thursday that Russian authorities still had not received any evidence from Germany to back up their allegation.

“We haven’t received any information so far," Peskov said. “We hope that it will happen soon and will help figure out what caused the condition the patient is in right now.”

Peskov reiterated that Russian specialists in Omsk tested Navalny for poisonous substances and didn't find any in his system. He said Russian investigators conducting a preliminary inquiry into Navalny’s illness should know “what our German colleagues found and established.”

Following his stay in Omsk, Navalny was moved two days later to Berlin’s Charite hospital after German Chancellor Angela Merkel personally offered the country's assistance in treating him. He's now in stable condition, but doctors expect a long recovery and haven't ruled out that the 44-year-old Navalny could face long-term effects to his health.

Merkel on Wednesday called Navalny’s poisoning an attempted murder that aimed to silence one of Putin’s fiercest critics and called for a full investigation.

“There are very serious questions now that only the Russian government can answer, and must answer,” Merkel said.

Asked about Peskov's comments on Thursday, Merkel said “naturally I am aware of what is being said now” but refused to comment further.

"I made a comprehensive statement yesterday about what we will do now and in the coming days,” she told reporters at the chancellery after meeting with Swedish Prime Minister Stefan Lofven. "And of course a lot depends on the respective reactions by the Russian government. But I don’t want to add anything further.”

Germany's Justice Ministry has confirmed they have received Russia's request for information, but would not provide details on the response.

Leonid Volkov, Navalny's longtime ally and campaign strategist, told the German RTL broadcaster Thursday that an independent investigation in Russia is unlikely and put the blame in the Kremlin.

“An attack of such level and of such coordination couldn’t be not authorized by Mr. Putin,” Volkov said.

“I don’t know what legal consequences this should be," he said. "But I know for sure what I want to have as an outcome, and this is the political or a moral, ethical consequence: I really want that no foreign leader ever would