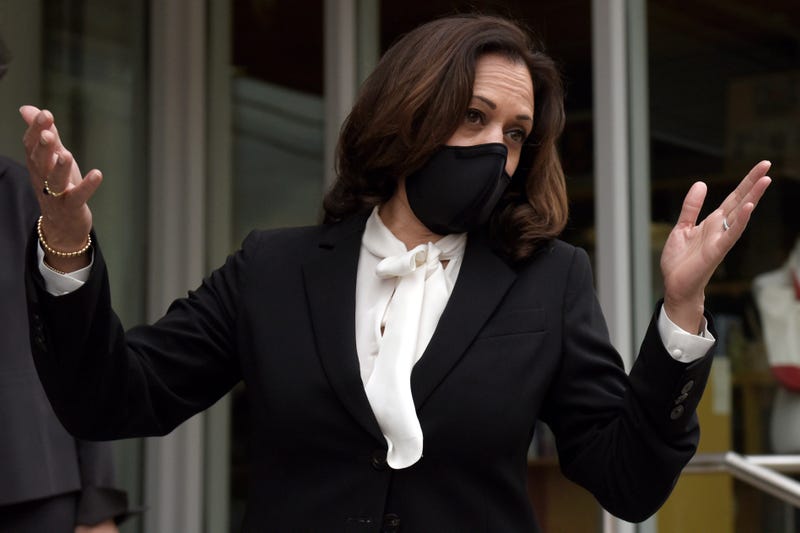 SACRAMENTO, Calif. (AP) — Kamala Harris is poised to become a leading figure in the Democratic opposition to President Donald Trump's Supreme Court pick, with her status as both a lawmaker and vice presidential nominee putting her in the center of the fight.

The California senator is in a unique role following the death of Supreme Court Justice Ruth Bader Ginsburg on Friday. She's Joe Biden's running mate and a member of the powerful Senate Judiciary Committee, which would hold a hearing on Trump's nominee.

Since Biden selected Harris as his running mate in August, she has largely pitched the campaign's message to smaller audiences through virtual fundraisers and a handful of day trips to key states. A highly anticipated confirmation hearing would almost certainly change that, giving Harris a massive platform to demonstrate her political skills and articulate the campaign's message that Ginsburg's successor shouldn't be chosen until after the election.

“Just in the discussion about what should happen, her role on Judiciary I think gives her an elevated profile,” said Sen. Tim Kaine of Virginia, the 2016 Democratic vice presidential nominee. “And people will listen to her a little more intently knowing that she’s a Judiciary Committee member.”

A trained prosecutor, Harris has had breakout moments during previous confirmation hearings. She was widely praised by Democrats for her questioning of Brett Kavanaugh during the last Supreme Court confirmation fight. In a memorable exchange intended to spotlight the stakes of the nomination for abortion rights, she asked Kavanaugh whether he knew of any laws that allowed the government to control men's bodies. He didn't.

Trump regularly highlights that hearing in riffs criticizing Harris. The president, who could announce his pick later this week, is likely to keep up the criticism as he seeks to motivate Republican voters, including those beyond his core base, with the specter of winning another court seat.

“Nobody ever suffered like Justice Kavanaugh suffered in the hands and the mouths of those horrible people," Trump told a North Carolina audience on Saturday, the day after Ginsburg died. “They made him suffer, and the leader of the pack, I would say, was Kamala."

Biden and Harris are expected to make Americans' access to health care a central theme of their campaign messaging around the importance of the court seat, with the justices set to hear a case seeking to overturn the Affordable Care Act shortly after the November election. Conservatives would hold a 6-3 majority if Trump is successful in appointing a nominee.

Harris pledged to honor Ginsburg's wish to not be replaced until a new president is elected, and on Saturday, she tweeted a photo of herself st