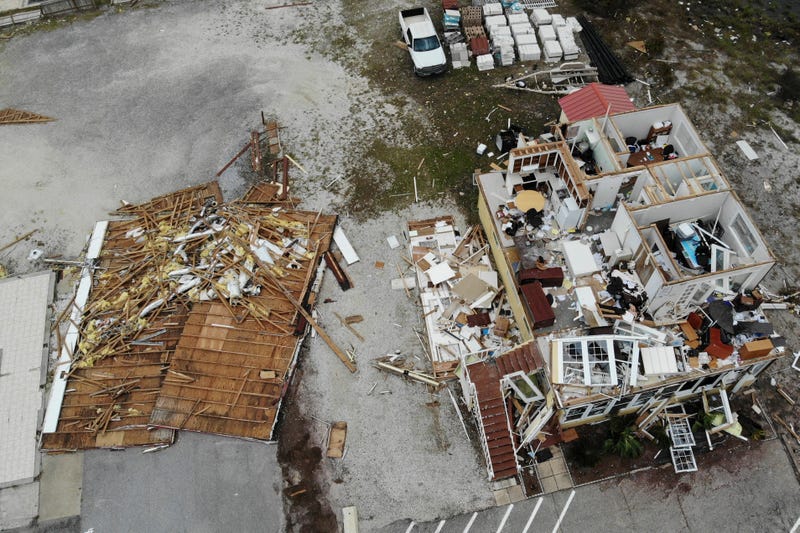 Photo credit A damaged business is seen in the aftermath of Hurricane Sally, Thursday, Sept. 17, 2020, in Perdido Key, Fla. Rivers swollen by Hurricane Sally's rains threatened more misery for parts of the Florida Panhandle and south Alabama on Thursday, as the storm's remnants continued to dump heavy rains inland that spread the threat of flooding to Georgia and the Carolinas. (AP Photo/Angie Wang)
By The Associated Press

Here are the latest developments on tropical weather:

PENSACOLA, Fla. — Although once-powerful Hurricane Sally is no longer a serious storm, flooding is still a problem along rivers and creeks swollen by its heavy rains.

Steve Miller is with the National Weather Service in Mobile, Alabama. He said most rivers fed by the storm were cresting in Alabama and the Panhandle on Thursday, although the Shoal, in Florida, was still rising. He said the Shoal was expected to crest by late Thursday or Friday.

Near Crestview, Florida, portions of the two main roadways running east to west through the Panhandle were closed because of flooding from the Shoal.

PENSACOLA, Fla. — Rescuers on the Gulf Coast are using high-water vehicles to reach people cut off by floodwaters in the aftermath of Hurricane Sally.

Authorities said crews carried out at least 400 rescues in Escambia County, Florida, on Thursday by such means as high-water vehicles, boats and water scooters.

Across southern Alabama and the Florida Panhandle, homeowners and businesses began cleaning up, and officials inspected bridges and highways for safety.