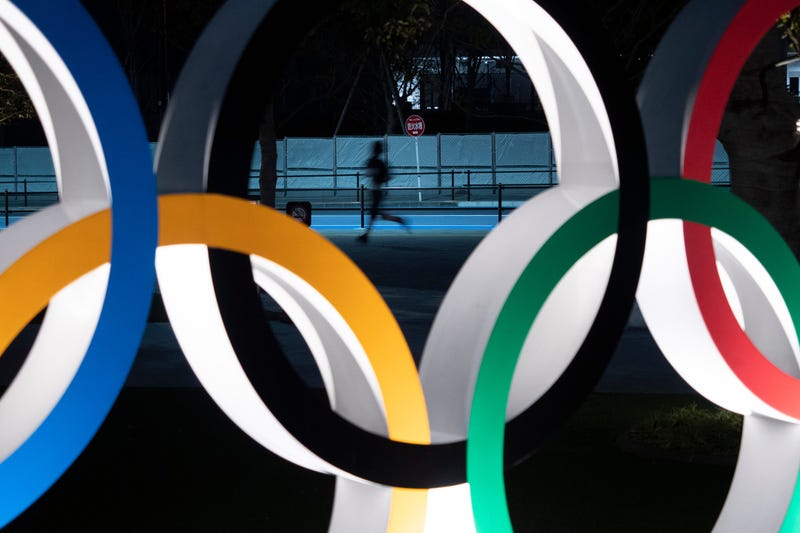 Photo credit In this March 30, 2020, file photo, a man jogs past the Olympic rings in Tokyo.It’s been six months since the Tokyo Olympics were postponed until next year by the COVID-19 pandemic. Everyone from new Japan Prime Minister Yoshihide Suga to IOC President Thomas Bach have tried to assure the Japanese public and deep-pocketed sponsors that the Olympics will take place. (AP Photo/Jae C. Hong, File)
By The Associated Press

TOKYO (AP) — It's been six months since the Tokyo Olympics were postponed until next year by the COVID-19 pandemic. In the last few weeks, everyone from new Japan Prime Minister Yoshihide Suga to IOC President Thomas Bach have tried to assure the Japanese public and deep-pocketed sponsors that the Olympics will take place.

Exactly how the Games will happen is another story, and it's likely to be unclear well into next year. Bach said last week that the International Olympic Committee will not be “pressured” to give details early on how this can be pulled off. This includes questions about fans from abroad, fans in the venues, vaccines, and so forth.

“Nobody can expect from us that we know already exactly what needs to be done 10 months from now to ensure a safe environment for everybody,” Bach said speaking remotely from Switzerland to Japanese government officials, organizers, and sponsors.

So where do the Tokyo Olympics stand? Here's a quick look.

Q: Is a vaccine needed for the Olympics to happen?

A: Everyone from Bach on down is saying “no." But Bach last week said he expects “hundreds of millions of doses” of a vaccine to be available in the first half of 2021. That could solve many problems. But it also raises giant ethical questions.

Should young, healthy athletes be a priority for the vaccine, which would help the IOC hold the Olympics and fulfill lucrative contracts with broadcasters who have paid billions for the rights?

Should athletes be at the front of the line ahead of health-care workers and vulnerable populations? And, should athletes be compelled to take a vaccine? What if an athlete gets vaccinated and gets ill and misses Olympics?

Both Bach and IOC Vice President John Coates have said that an athlete testing positive at the Tokyo Olympics for COVID-19 would need to be removed from the Games. They said new rules will be needed for this, and rules that might also compel athletes to be vaccinated.

“If an athlete tests positive for COVID, then there has to be a provision to take that athlete out of the games in the same way — not the same stigma, but in the same way we replace athletes with doping problems,” Coates said.

Q: Are domestic sponsors staying on board? Recruited by giant Japanese advertising company Dentsu Inc., domestic sponsors have contributed a record $3.3 billion to the organizing committee's privately funded operating budget — about 60% of its income.

A: Organizing committee CEO Toshiro Muto acknowledged for the first time Friday that some domestic sponsors have backed out. “I can't say that all contracts have been renewed," he said.

Any shortfall in this privately funded operating budget will have to be made up from somewhere else. Overall, in combined private and public money, Tokyo says it is spending $12.6 billion on the Olympics. But a government audit says the cost could be twice that much.

And this month a study from the University of Oxford says Tokyo is the most expensive Summer Olympics on record.

On top of this, estimates suggest the cost of the one-year delay could be several billion more. Organizers have yet to give any official numbers, and the meter is running.

Q: Organizers say they are simplifying the Tokyo Olympics to save money. What has been cut?

A: The simplifications so far looks modest. A preliminary list was presented Friday and includes: fewer shuttle buses; smaller banners and decorations around the venues — except areas visible on television; a 10-15% reduction in the size of delegations; downgrading hospitality lounges; 14% reduction in office space, and so forth.

Big items are unchanged. The opening and closing ceremonies might be more somber, but will be untouched — a staple of television. The 121-day torch relay stays, driven by major sponsors Toyota and Coca-Cola. All athletic events and the quota of 11,000 Olympic and 4,400 Paralympic athletes is unchanged.

Muto said he does not know the cost savings of the simplification. Last week, the Mainichi newspaper said it would be between 1-2% of overall official costs — several hundred million dollars.

“We have no figures at hand at this juncture,” said Muto, a former deputy governor of the Bank of Japan. He said cost estimates would be presented next month at an IOC executive board meeting.

Q: Under what conditions will athletes be able to enter Japan for the Olympics?

A: Tokyo Olympics officials are proposing the government relax immigration regulations to allow athletes to enter the country before next year’s postponed games and train during a 14-day quarantine period, Muto has acknowledged that athletes might have to use public transportation in Japan, suggesting a complete “bubble” would be impossible.

He also noted the pandemic is at very different stages in many countries — as is testing. Athletes would be expected to be tested before they leave home, and then be tested again in Japan. He also raised questions about the reliability of tests, depending on the country.

Q: How has COVID-19 affected Japan?

A: Japan has handled it better than most countries. It has attributed about 1,600 deaths to COVID-19, a relatively low numbers in a country with 126 million people. Almost everyone wears masks in indoor spaces, and also outdoors. Japan has strict travel measures in place and denies entry to visitors from 159 countries. Restrictions will be relaxed starting in October.

Japanese television TBS has reported Japan will hold a gymnastics event in early November. It said athletes will come from the United States, Japan, Russia and China, and said there would be no 14-day quarantine requirement.