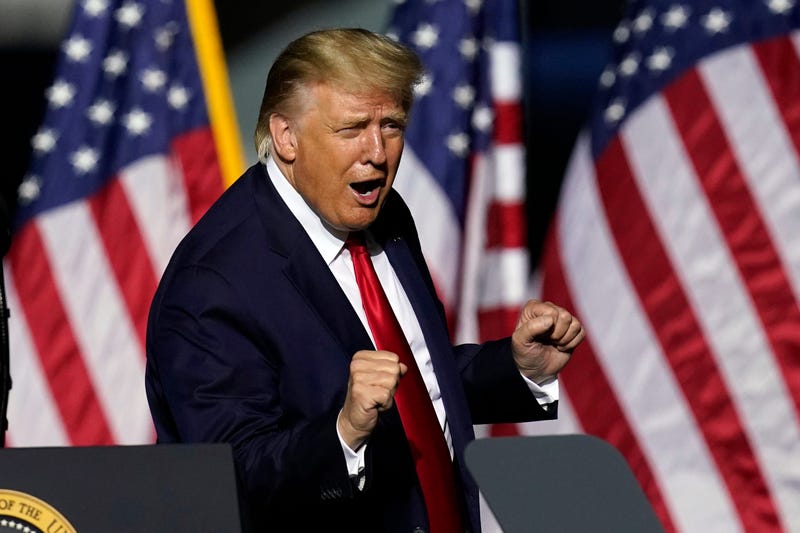 The president will travel to the state for the second time in a week on Saturday, hoping to attract the same rural and white working-class voters who delivered him a narrow victory here in 2016. The in-person touch, in what may become the most important battleground on the map, complements an aggressive get-out-the-vote operation that has been working for four years to find new voters by knocking on doors in competitive neighborhoods.

Trump narrowly flipped three Great Lakes states — Michigan, Pennsylvania and Wisconsin — from blue to red in 2016. He has virtually no path to reelection without keeping at least one of those states in his column. His campaign has long viewed Wisconsin as his best option, but aides who requested anonymity to discuss strategy said their thinking has begun to shift.

There are growing concerns inside the campaign, the aides said, about Trump's ability to retain Wisconsin. Even winning that upper Midwest battleground wouldn't provide the needed votes if Trump's Democratic challenger, Joe Biden, claims Arizona.

But Pennsylvania would be enough.

“With Pennsylvania, I don’t have to make a play, we’ve got Pennsylvania,” boasted Trump at a rally Tuesday night just outside Pittsburgh.

That may be harder than Trump suggests.

Despite fervent Republican efforts, no GOP nominee since George H.W. Bush in 1988 had captured the state until Trump did four years ago, winning by just 44,000 votes out of nearly 5.9 million cast. And as someone born in Scranton, Joe Biden is also heavily focused on the state.

Recent Pennsylvania polls disagree over the state of the race: Some show Trump and Biden in a competitive race, while others have Biden slightly ahead of Trump.

And just as “Florida, Florida, Florida” became the moniker in 2000 for the electoral delays and controversies in the state that decided the election that year, Pennsylvania, which may be 2020’s tipping point state, may have its own drama looming.

With 3 million or more voters expected to cast ballots by mail, lawmakers, party officials and election officials are warning that the conditions are ripe for a presidential election result to be left hanging in limbo on a drawn-out vote. A partisan stalemate and lawsuits have held up fixes to glitches in the state’s fledgling mail-in voting law, and Democrats are warning that as many as 100,000 or more