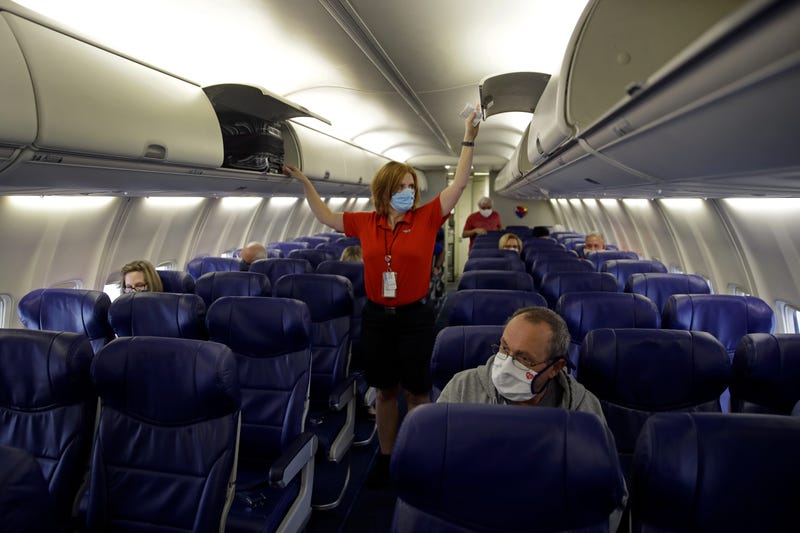 Photo credit FILE - In this May 24, 2020, file photo, a Southwest Airlines flight attendant prepares a plane bound for Orlando, Fla. for takeoff at Kansas City International airport in Kansas City, Mo. About 40,000 workers in the airline industry are facing layoffs on Thursday, Oct. 1, unless Congress comes up with another aid package. (AP Photo/Charlie Riedel, File)
By The Associated Press

In a few days, he’ll be among roughly 40,000 airline workers whose jobs are likely to evaporate in an industry decimated by the coronavirus pandemic.

Unless Congress acts to help for a second time, United will furlough Comeaux on Thursday, cutting off his income and health insurance. Unemployment and the money made by his husband, a home health nurse, won’t be enough to pay the bills including rent near Chicago’s O’Hare International Airport.

“I don’t have enough, unfortunately, to get by,” said Comeaux, 31, who has worked for United for four years. “No one knows what’s going to come next and how to prepare.”

Since the pandemic hit, thousands of flight attendants, baggage handlers, gate agents and others have been getting at least partial pay through $25 billion in grants and loans to the nation’s airlines. To receive the aid, companies agreed not to lay off employees through Sept. 30. That “Payroll Support Program” helped many stay on, and keep health care and other benefits.

It all runs out on Thursday.

With air travel down about 70% from last year, many carriers including United and American say they’ll be forced to cut jobs without additional aid. Delta and Southwest, two other big carriers, tapped private capital markets and say they’ll avoid layoffs.