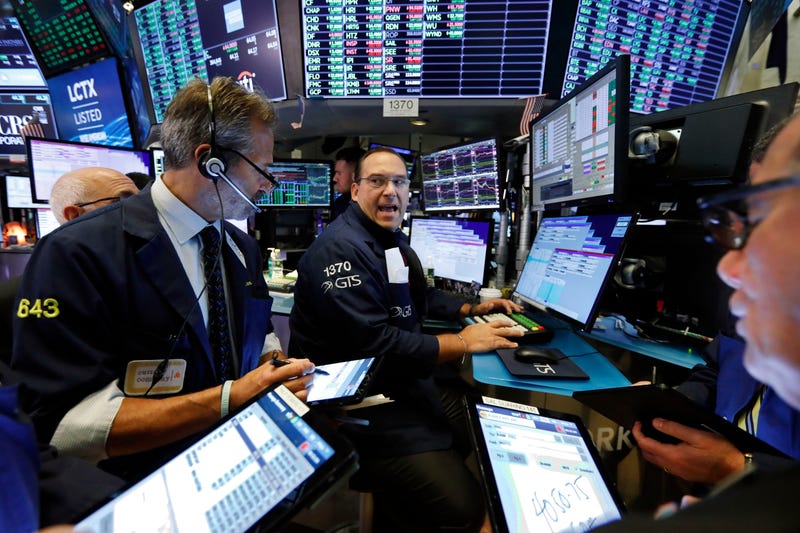 Wall Street kicked off the week with a broad rally Monday, clawing back much of the stock market's losses from last week.

The S&P 500 rose 1.3%, led by gains in technology, health care and financial stocks. Small company stocks were among the biggest gainers. The rally reversed a big slice of the index's 2.5% slide last week, when the S&P 500 posted its biggest weekly decline since June. Treasury yields were mostly higher.

The market's strong start to the week is a reversal after a mostly downward shift in the market this month led by a sell-off in high-flying tech stocks that many analysts said was long overdue.

“We’ve been due for a little bit of a pullback, and we’ve experienced that so far in September,” said Terry Sandven, chief equity strategist at U.S. Bank Wealth Management. “We still have a positive outlook into the end of the year, but we believe market chop will be the norm.”

Several big corporate deals helped put investors in a buying mood Monday. Nvidia jumped 5.8% after announcing plans to buy fellow chipmaker Arm Holdings in a deal worth up to $40 billion. Oracle climbed 4.3% after the business software maker beat out Microsoft to become the “trusted technology provider” of TikTok, the popular video-sharing app based in China. And the stock of Immunomedics nearly doubled after the cancer drug specialist agreed to be acquired by Gilead Sciences in a $21 billion deal. Gilead shares rose 2.2%.

AstraZeneca added 0.5% following news over the weekend that clinical trials for the pharmaceutical company's coronavirus vaccine will resume after being paused due to a reported side-effect in a patient in the U.K. The vaccine is seen as one of the strongest contenders among the dozens of coronavirus vaccines being tested.

Wall Street has been riding a surge in volatility the past couple of weeks as investors turned cautious following a five-month rally for stocks fueled largely by a run-up in big tech companies.

The pandemic accelerated the use of online services by businesses and individuals, driving shares of Apple, Amazon, Microsoft, Zoom Video and other tech companies sharply higher through the summer. But concerns that the high-flying tech stocks had soared too high have put investors in a selling mood in September. The S&P 500 is down 3.3% so far this month, while the Nasdaq has pulled back 6.1%.

“We know that momentum is going to slow a little bit, that’s expected,” said Esty Dwek, head of global market strategy at Natixis Investment Managers. “It wasn’t supposed to be, or it was never going to be a straight line without any bumps in the road.”

Despite their September stumble, stocks retain much of their gains since setting record highs less than two weeks ago. The S&P 500 is up 4.7% for the year. The Nasdaq is up 23.2%. Even so, analysts expect more volatility for stocks in the months ahead as the market navigates uncertainty over the outcome of the election, pessimism that Democrats and Republicans in Washington will be able to reach a deal to send more aid to unemployed workers and an economy still struggling amid the pandemic.

One big factor that remains in the stock market’s favor is the Federal Reserve, which continues to pump aid into the economy. It has slashed short-term interest rates to record lows and bought up all kinds of bonds to support markets. It also said recently it will keep delivering stimulus even if inflation rises above its target level, as long as inflation had been well under it before then.

Investors will be focused this week on the central bank's latest interest rate and economic policy update on Wednesday, following a two-day meeting of policymakers. After the July meeting, the Fed kept its key interest rate unchanged at a record low near zero. Fed policymakers also pledged to keep rates low until they are confident that the economy has weathered the pandemic-induced recession.

Traders also will have their eye on a batch of new data due out this week on U.S. home construction, retail sales and consumer sentiment. Housing has been a highlight of the economic recovery as ultra-low interest rates have helped drive home sales and spurred builders to ramp up construction. Homebuilder stocks have been climbing even during the market pullback much of this month.