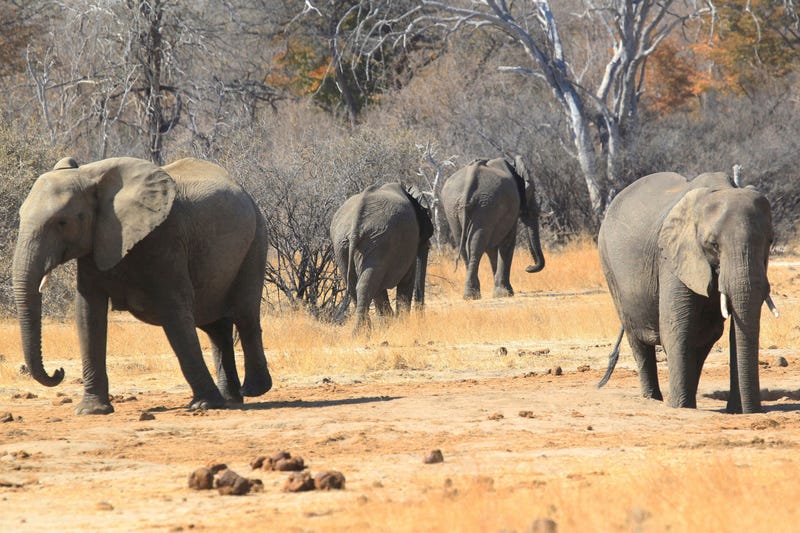 Photo credit FILE - In this Thursday, Aug. 6, 2015 file photo, elephants roam in the Hwange Game Reserve in Zimbabwe. An environmental group in Zimbabwe has applied to the country's High Court, Tuesday Sept. 8, 2020, to stop a Chinese firm from mining coal in the park which hosts one of Africa's largest populations of elephants. (AP Photo/Tsvangirayi Mukwazhi/File)
By The Associated Press

HARARE, Zimbabwe (AP) — Zimbabwe’s government says it has banned mining in its national parks, but an environmental group that had taken court action to stop the development of a coal mine in an elephant-rich park said on Wednesday that it will insist on “more than just words.”

Reports that a Chinese firm had started exploratory work to mine coal within Hwange National Park alarmed environmental and wildlife groups, who took legal action to stop it. In an apparent response to the legal proceedings, Information Minister Monica Mutsvangwa announced the government will not allow mining in national parks.

The Zimbabwe Environmental Lawyers Association, which applied to the High Court to stop the planned mining, welcomed the government's statement but said it would continue with the court process unless the government takes legal steps to enforce the announced ban.

“The important thing for us is to get an interdict which is legally binding,” Shamiso Mtisi, the association’s deputy director, told The Associated Press Wednesday.

Local environmental groups allege that mining in national parks has been going on for a while.

“We pray that all these mining titles (in Hwange) and others which are unknown to the public will indeed be cancelled,” the Center for Natural Resource Governance said in a statement Wednesday. It described the prioritization of mining over “a more stable and eco-friendly” sector such as tourism as “self-defeating.”

“There is gold and diamond mining going on in several national parks across the country, it’s not just in Hwange. That’s a major threat to biodiversity and to tourism. It’s an economic issue, you cannot just rely on mining, you need to leverage on other sectors such as tourism,” said Mtisi.

In its court application to stop development of the coal mine by a Chinese company, the association argued that mining in Hwange National Park may cause a decline in tourism and decrease the incomes of local residents who rely on it for income, while poaching and conflict between people and wildlife could increase.

More than 45,000 elephants are estimated to live in Hwange park along with more than 100 mammal and 400 bird species, including buffalos, leopards, and lions, that are already struggling for food and water in the vast savannah due to a prolonged drought. Mining would pollute remaining water sources in the park 14,500 square kilometers (5,600 square miles) park, say the environmental groups.