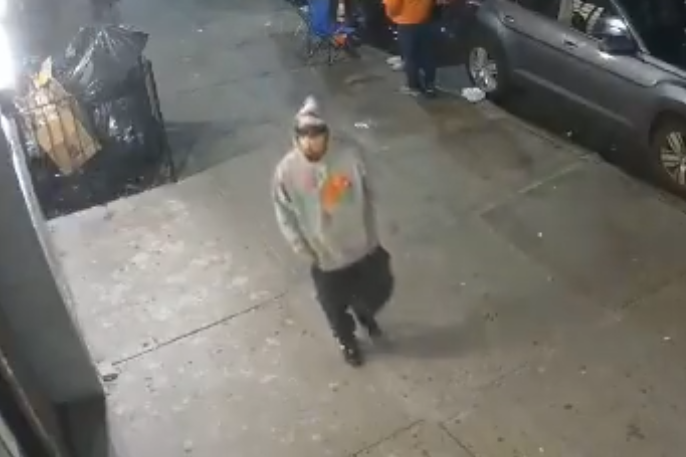 NEW YORK (1010 WINS) -- Another unprovoked assault against a Hasidic man was captured on video Thursday.

The attack occurred in Willamsburg on Thursday at 11:45 p.m. in front of 716 Myrtle Avenue in the Williamsburg of Brooklyn.

Police say 32-year-old Steven Sotomayor of Brooklyn walked up to the 21-year-old victim and slapped him in the face with an open hand.

Former Assemblyman Dov Hikind tweeted about the attack at 1 a.m. and posted the video, saying "So sick of this! We will make sure this guy doesn’t get off easy."

BREAKING: Another random vicious violent assault on Hasidic man in Williamsburg!@WspuShomrim and @NYPD79Pct arrested the criminal.

So sick of this! We will make sure this guy doesn’t get off easy.

Deterrence must be restored! pic.twitter.com/f5oyVq6zPz

No words were exchanged in the attack, so officials are not treating the incident as a hate crime.

The 32-year-old was arrested and charged with assault and harassment.