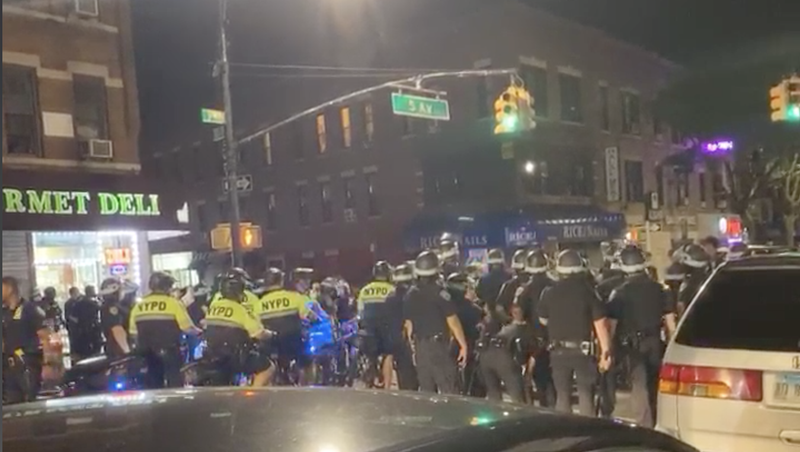 The protest turned brawl occurred in Bay Ridge, and at one point, a pro-police demonstrator yelled sexist and racist slurs at the Black Lives Matter protesters.

Some pro-police demonstrates began to punch and hit a woman in the face.

A brawl broke out yesterday at the Blue Lives Matter vs BLM protest. This female was punched. Protesters surrounded the assailant until police agreed to watch the videos of what happened, they later placed him in police van. Protesters blocked van from leaving, arrests were made. pic.twitter.com/4d3yta3DyW

When police were finally able to break up the crowd, Black Lives Matters protesters began to surround the attacker until officers&#