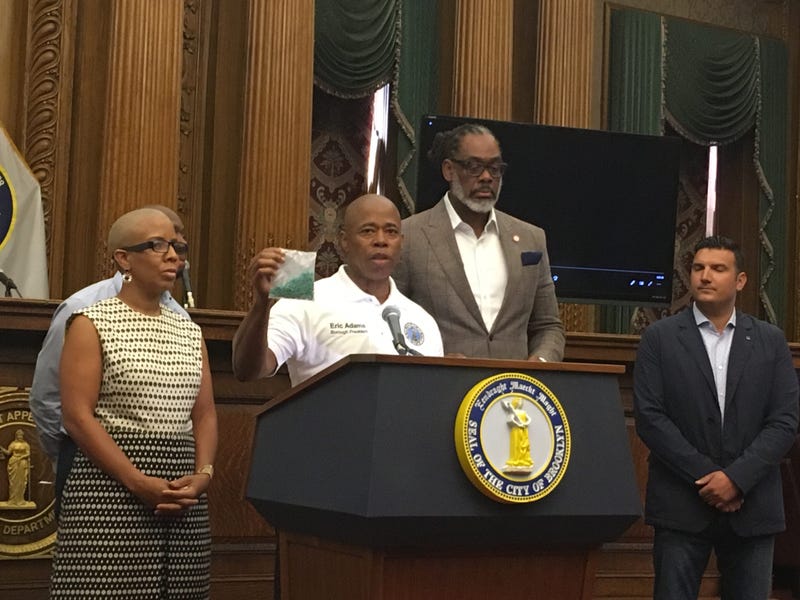 Brooklyn Borough President Eric Adams, Rat Trap, Council Member Robert Cornegy and other community group representatives in Brooklyn displayed 90 rats that were were caught and killed over the course of a month.

The pilot used cutting-edge technology to capture and kill rats in a hygienic, humane, and sustainable way.

After the device lures the rats in with food, they fall into an alcohol solution where they are contained in a "safe environment".

Rats don't go to a place where they smell dead rats," Boro President Eric Adams said. " So when you use the rat candy that the city uses, once a rat dies, other rats won't go there."

The rat trap also keeps track the number of rats it has caught.

Borough President Adams called on the city to extend this pilot program in order to help address areas with rat issues.

A recent study by RentHop revealed that 311 received 6,5000 calls from Brooklyn residents in 2018, the most in the five boroughs.