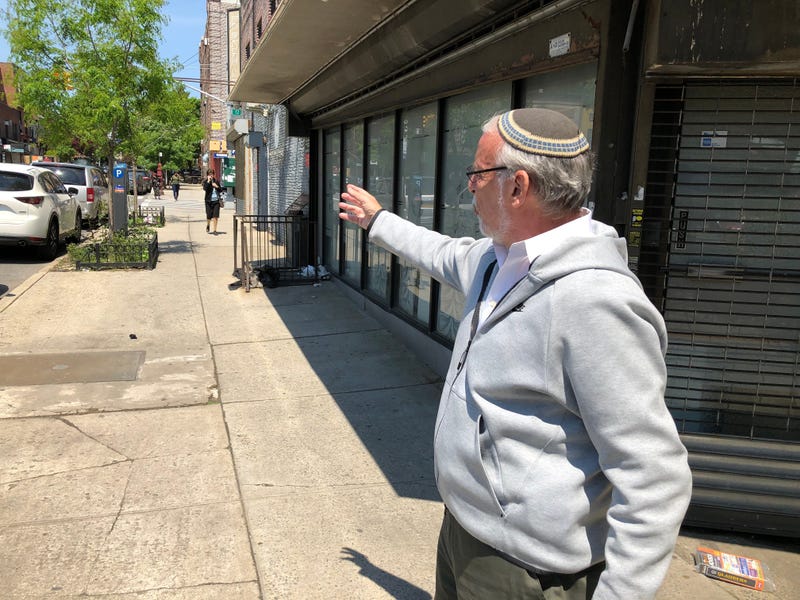 NEW YORK (1010 WINS) – Another anti-Semitic incident in Brooklyn early Saturday morning has former Assemblyman Dov Hikind pleading for help in finding those responsible and calling on leaders to stand up to a disturbing trend.

Two 16-year-old Hasidic boys were walking home near 12th Avenue and 51st Street in Borough Park around 1:30 a.m. when a car with four men inside pulled up to them, according to Hikind.

Hikind says one man shouted “Allahu Akbar,” causing the boys to bolt away in terror.

“The kids then run, run for their life, not knowing what to expect,” Hikind told 1010 WINS' Roger Stern.

But the car reportedly sped up after them and another man shouted, “Do you know Hitler? We love Hitler!”

HASIDIC TEENS HARASSED IN BROOKLYN: 4 MEN IN CAR YELL “ALLAH AKBAR” AND “DO YOU KNOW HITLER? WE LOVE HITLER!”

I joined the victims at the @NYPD66Pct where this is being taken very seriously and being referred to @NYPDHateCrimes Unit.

We must deal with the source of antisemitism pic.twitter.com/PfBBgNE3b6

The car, which was said to have TLC plates, took off from the scene.

Hikind says the terrified boys went to the 66th Precinct stationhouse, where they filed a report. The NYPD’s Hate Crime Task Force is investigating.

Fmr Assemblyman ⁦@HikindDov⁩ points out spot in Borough Park where a car with four adults pulled up alongside 2 teens and someone shouted “You know Hitler? We love him.” #1010WINS pic.twitter.com/LccW5NYgvp

“It’s happened. Again. Jews harassed for the horrible crime of being Jewish on the streets of New York City,” Hikind said in a press release on the incident.

Hikind calls the spike in anti-Semitic violence and harassment across the country and city in recent years unacceptable.

“What in God’s name is going on out there?” Hikind said. “Where is this hate coming from?”

In New York, reported hate crimes have risen sharply, especially those targeting Jewish people. Shootings at synagogues in Pittsburgh and southern California left a dozen people dead in the past six months.