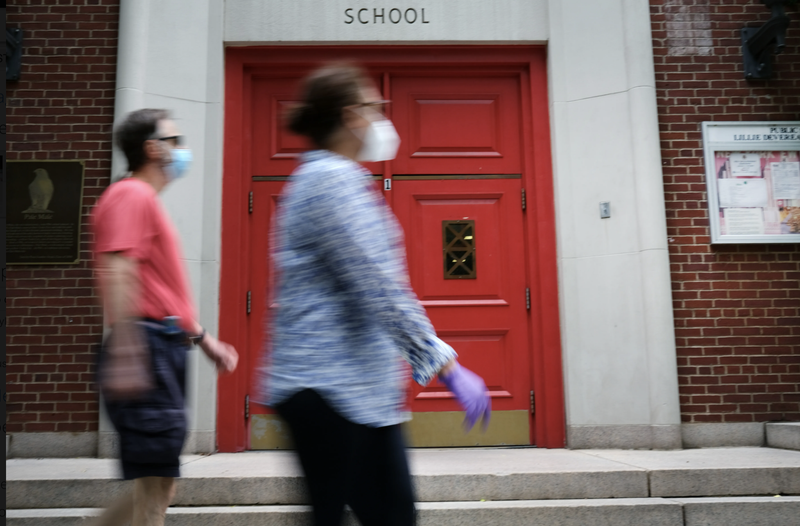 NEW YORK (1010 WINS) -- The president of the United Federation of Teachers on Tuesday told 1010 WINS that having a citywide postponement of school openings is not off the table.

"We haven't made that determination yet, but right now what we're seeing is systemwide problems," Michael Mulgrew said.

According to Mulgrew, the city wants to deal with a "rhetoric campaign versus a reality campaign."

Mulgrew says one of the issues they are facing is the amount of time it takes for results of COVID-19 tests.

The results take days to confirm he said.

He also noted that due to budget slashings, they are also dealing with a lack of ability to disinfect and clean every night due to custodial personnel being cut.

"Youll see teachers sitting outside of their schools because they know there's violations of safety protocols already in their building," Mulgrew added.

The UFT is following testing and tracing protocols where schools report where they are at with safety protocols, including cleaning and disinfecting, he said.

"It's really quite frustrating and angering at times," Mulgrew said.

A report will be put together this evening in order to make a determination of whether a systemwide postponement is needed.

If they feel that city does not follow the citywide safety plan submitted to the state, they will be "a fight," Mulgrew said, adding that a strike may be possible and they will be forced to "try legal remedies."