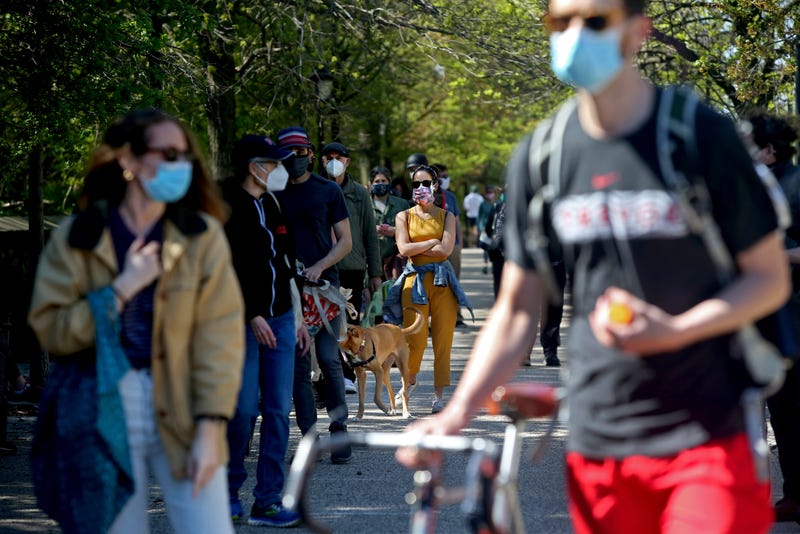 In comparison, Cuomo earlier in the day announced 232 deaths from the previous day.

"I think the reality's actually going to be worse," Cuomo said earlier on Wednesday, noting that the state hasn't been tracking deaths at home.

That is 232 families that are suffering today.

Yes, we have made great progress in bringing down hospitalizations.

But it is completely wrong to say that the pandemic is “over."

Cuomo called the slowing of hospitalizations a "painfully slow decline but better than numbers going the other way." 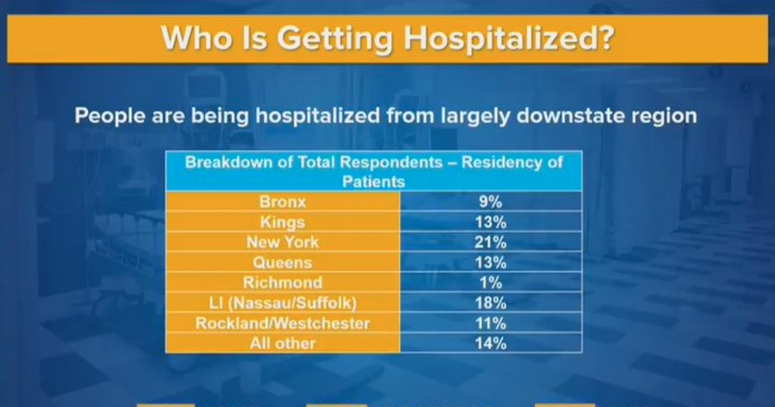 Citing an initial survey of people hospitalized, the governor said most hospitalizations were coming from downstate New York, including the five boroughs and Long Island.

The three-day survey of 113 hospitals showed new cases were largely not essential workers taking public transportation, but older people staying at home and not traveling. Retirees made up 37 percent of hospitalizations, while 46 percent were unemployed.

Nearly three-quarters of those hospitalized were 51 years or older, and people of color made up a disproportionate amount of the patients. 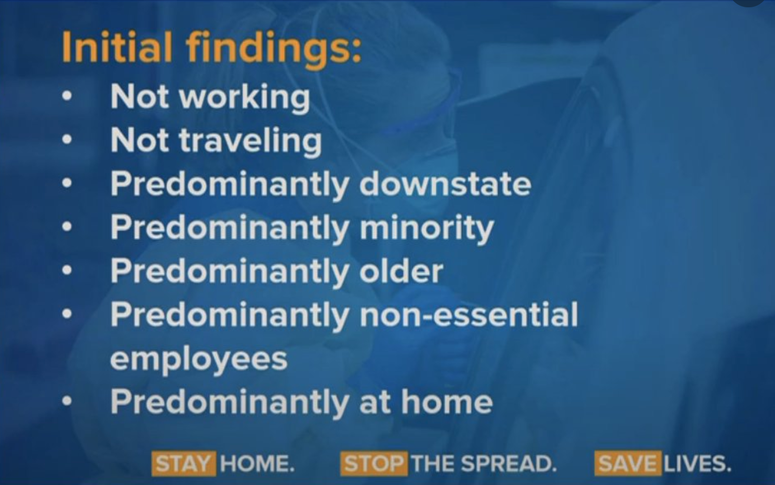 Cuomo said 66 percent of new hospitalizations in the state were people who came from home instead of nursing homes, prisons or other locations. The data also showed 84 percent in the state and 90 percent in the city had not been going outside to walk, drive or take public transportation.

"It reinforces what we've been saying, which is much of this comes down to what you do to protect yourself,'' Cuomo said. "Everything is closed down, the government has done everything it could—now it's up to you. Are you wearing a mask, are you doing the hand sanitizer?'' 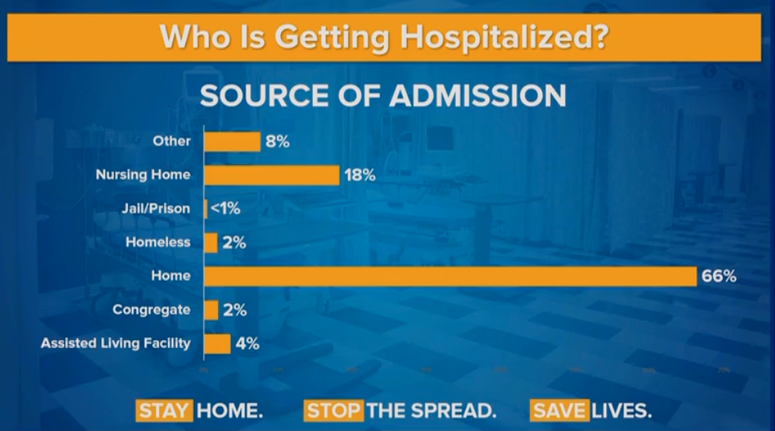 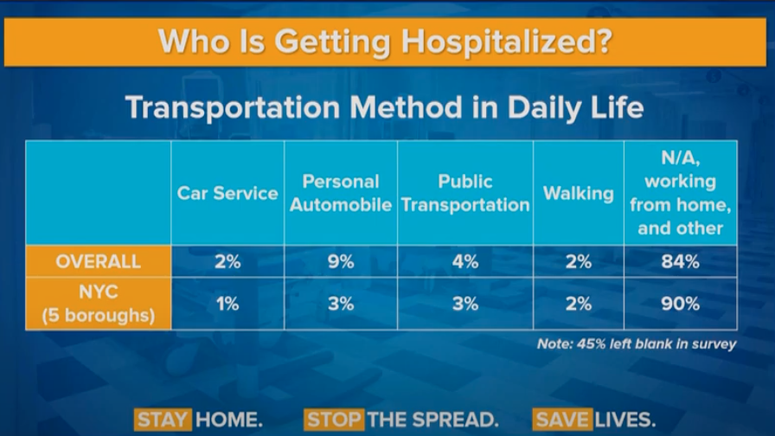 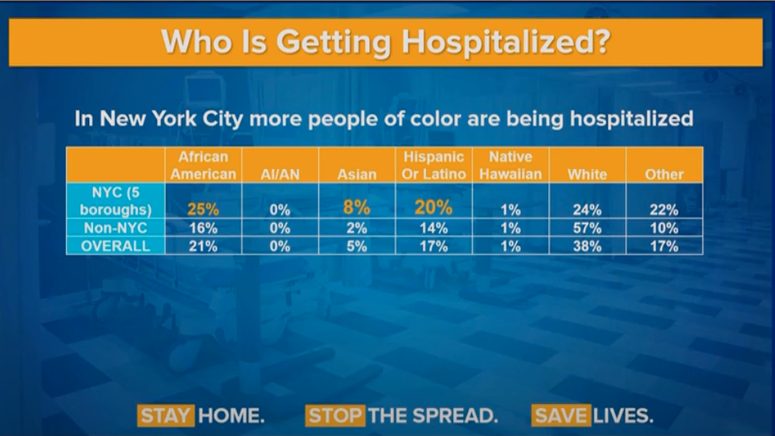 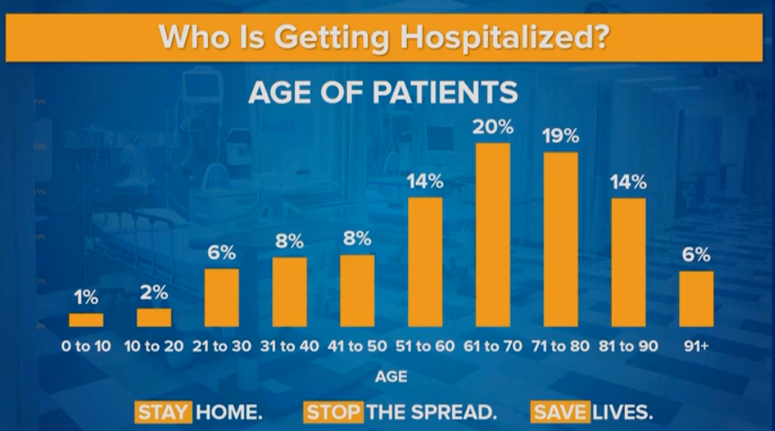