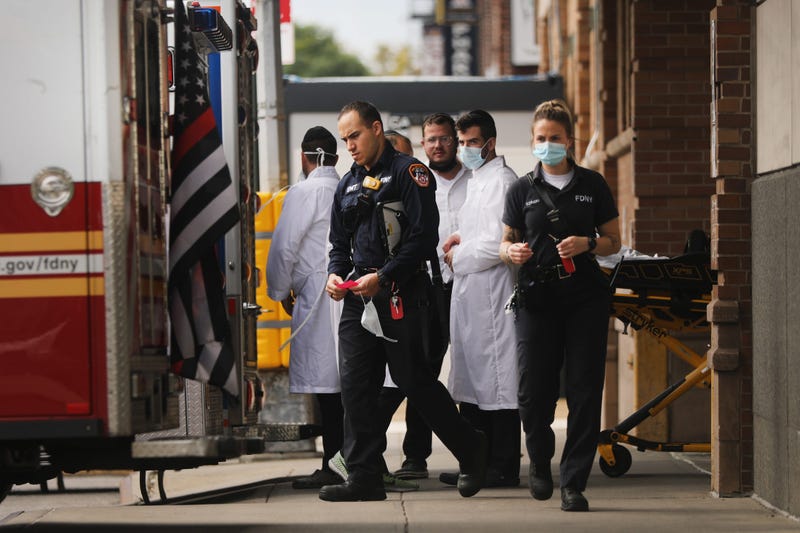 NEW YORK (1010 WINS) -- There are now 10 neighborhoods in Brooklyn and Queens where coronavirus cases are growing at "an alarming rate," outpacing the citywide average by 3.7 times over the past two weeks, the city Health Department said late Wednesday.

Fresh Meadows/Hilcrest was recently added to the 10 neighborhoods after it surpassed a 3% positivity rate, health officials said.

Five of the 10 neighborhoods below saw increases from the prior day’s reported based on preliminary data, according to health officials. The areas account for over 27.5% of new cases citywide over the past two weeks despite representing 7.5% of the city’s population.

In addition to the 10 neighborhoods above, health officials have identified seven additional neighborhoods (below) that are showing an increased growth of cases and test positivity between 2% and 3%. Six of the seven areas have seen an increase in the percent of positive tests since the day before, preliminary data shows. 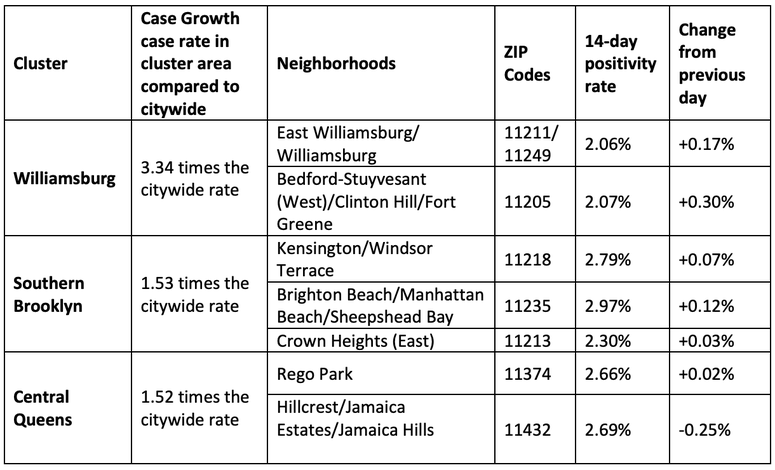 The news comes as middle and high school students head back for in-person classes at public schools Thursday and a day after indoor dining returned at 25% capacity citywide on Wednesday.

De Blasio said Wednesday that at least 400 NYPD officers, 250 compliance officers from other city agencies and 300 Test & Trace Corps members were heading to the "target ZIP codes" to distribute masks, provide information and do "when necessary, compliance work."

The mayor said no one was fined for refusing to wear a mask on Tuesday—the first day of a promised crackdown in the neighborhoods seeing increased cases. He said city employees distributed thousands of masks.

"We saw good compliance,'' de Blasio said. "When folks were encountered, when there was a discussion, we saw a very high level of compliance. No summonses were necessary yesterday.''

“We know how to keep the infection rate down, we’re just not doing it in these clusters. And that’s a failure of the local government,” Cuomo said.

The governor warned, “It’s a matter of life and death. Either you do the job or people die.”

The governor said he would have local governments assign a number of their police officers to the overstretched state police task force. “Then I will enforce with the task force and I will ticket people who don’t wear masks,” he said.