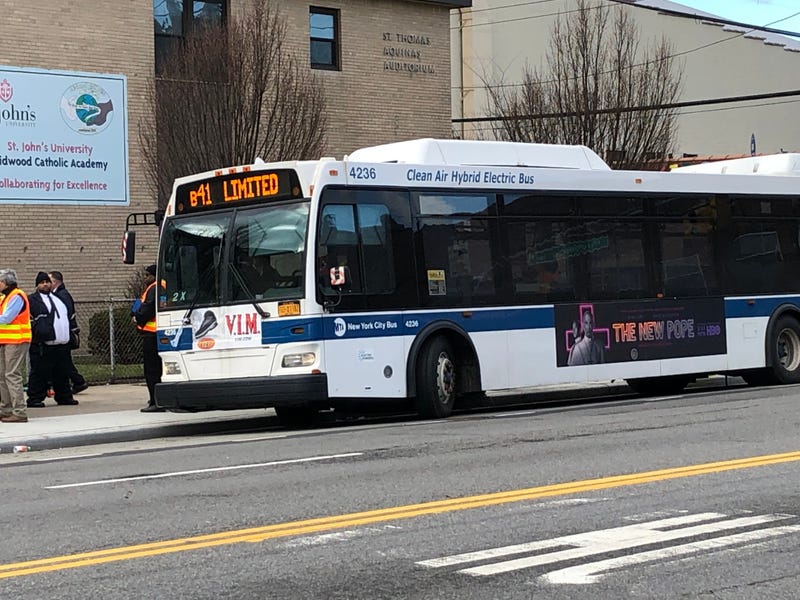 NEW YORK (1010 WINS) -- A bicyclist was fatally struck by an MTA bus while riding in Brooklyn Tuesday afternoon, according to police.

Officials said the incident occurred at approximately 4:30 p.m. when the man was riding his bicycle northbound in the right lane of Rogers Avenue near Clarendon Road in the Flatbush section.

Authorities said the victim was fatally struck by the bus when he tried to turn left onto Clarendon Road and was sideswiped when he swerved into the bus' path, which was also traveling in the right lane on Rogers Avenue.

The collision caused Czajowski to be thrown onto the pavement, police said.

EMS transported an unconscious Czajowski to a nearby hospital, where he was pronounced dead, officials said.

The 47-year-old bus operator remained at the scene and there no arrests or charges made.

"This appears to be a tragic incident for all involved and we are cooperating fully with the NYPD investigation," MTA Communications Director Tim Minton said in a statement.