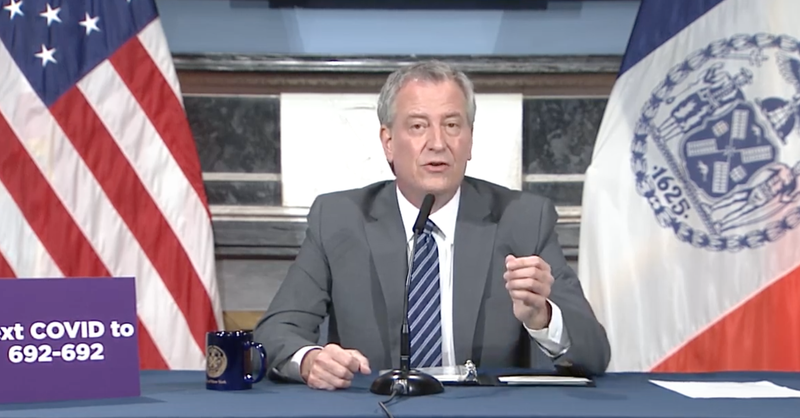 Goldstein has served in the administration since 2016, while Norvell has been with the mayor since his time as Public Advocate.

“I’ve watched Freddi and Wiley rise through the ranks, lead their teams and help steer the city through some of the hardest months in its history," de Blasio said. "I’m eternally grateful for their dedication to the people of this City, and for helping us accomplish so much. We’re starting a new chapter as we recover from COVID-19, and Bill’s experience makes him perfect for the challenges ahead. As we rebuild our city, he will help us connect with New Yorkers who need us the most and ensure we come back fairer and stronger than ever.”

Goldstein said, “My time spent in City Hall has undoubtedly been the most rewarding experience of my life. I’ve had the chance to give back to the city I love and work on reforms that will forever make New York City more fair and just. I want to thank the Mayor for giving me this unforgettable opportunity – it has been gratefully appreciated.”

Incoming Press Secretary Bill Neidhardt said, "I am honored to join Mayor de Blasio’s team as we fight to ensure justice and equality for all New Yorkers during these unprecedented times," said  "It's been a lifelong dream to serve in City Hall and I believe the Mayor has New York City on a path to emerge stronger than ever following a devastating economic crisis and global pandemic."

The statement described Neidhardt as "a Yankees devotee and tortured Knicks fan, grew up in neighboring Connecticut and has deep family ties to New York City."

news
PHOTOS: Flock of critically endangered condors wreak havoc on woman's home
music
Twitter set to start ranking songs, with help from Billboard
news
Woman known for viral 'I Need More Beer' sign dies at 94
music
How to watch Megan Thee Stallion interview famous friends and their pets
music
Thomas Rhett is 'embracing the dad life' in all the stereotypical ways
music
Did Julia Stiles and Joseph Gordon-Levitt have a secret romance on the set of '10 Things I Hate About You'?