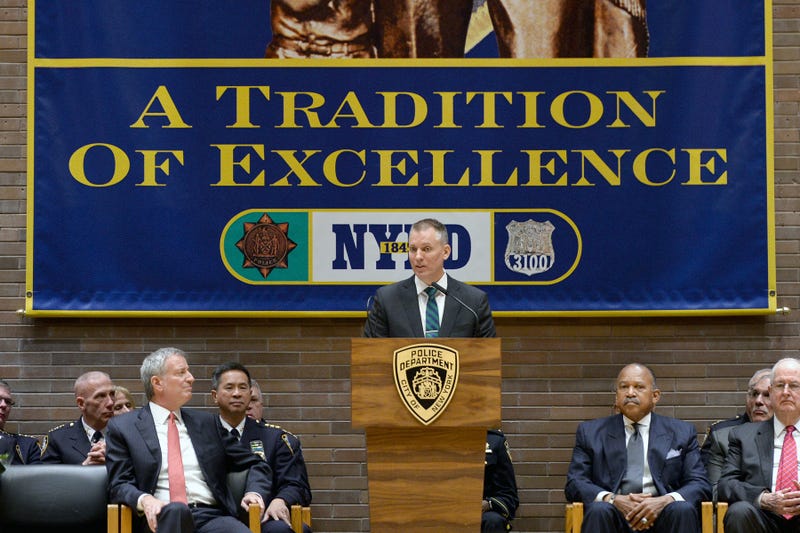 NEW YORK (1010 WINS) -- Newly sworn-in Police Commissioner Dermot Shea spoke with 1010 WINS about his new role and what he hopes to accomplish.

Police Commissioner Dermot Shea is a Queens native who has been called a crime stats guru by some. But memorizing crime stats is only a small portion of Shea's message and plan to keep those stats down.

"This job is taking what's been done already, and building upon it," Shea says. "I think you have to use data,when you can, but more important than data, this job really is about people, and you have to change people's lives, it's about affecting people's lives."

"That's really the message that resonates with me and I'm going to keep repeating to our cops," Shea adds.

But how does he really feel about coming into this new role? For Shea, this job is an honor. "It's a tremendous honor in my opinion to go out there everyday and really be the voice of hope for the people of New York City," he said.

Although crime is down overall in New York City, there seems to be a spike in crimes on the subway.

Shea, who grew up taking the 7 and M trains to school feels that subway safety is going to be a top priority.

"It's very important to me, and all the members of the NYPD to keep the subways as safe as possible, Shea says. "That's really the heart line of New York City in many respects."

Shea says he will be working with the chief of transit, but accomplishing this task will be a group effort.

Reform has been something that has been on the horizon for some time now, but he also expressed his concerns for what a no cash bail system that is set to begin Jan. 1.  ans what it would mean for repeat offenders.

"We don't think somebody for a low level crime should be kept in jail simply because they only have money," Shea said. "The cash bail is not at heart of what concerns us, it's the fact that when we have an individual that poses a danger to the community that's arrested over and over and continues to victimize victims, that that person gets puts back on the street."