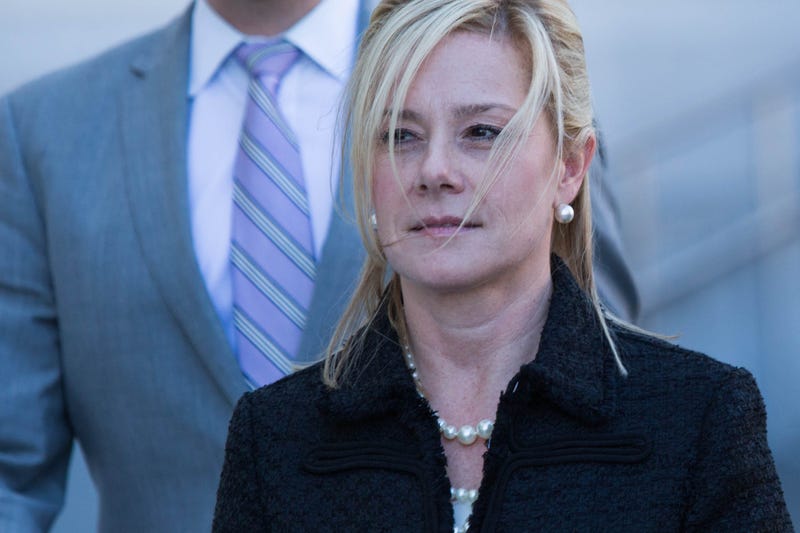 NEWARK (1010 WINS) -- Bridget Anne Kelly, former Gov. Chris Christie's deputy chief of staff who became a central figure in the infamous "Bridgegate" scandal, was sentenced on Wednesday by a federal judge to 13 months in prison for her role in shutting down lanes to the George Washington Bridge.

And she had harsh words for the former governor, calling him a "bully" and a "coward" after she was sentenced.

"I was silenced and I was intimidated," she said from the steps of the courthouse. "I remain as steadfast for the truth as the day this all began. The fact that I am here in place of others in the Christie Administration and the governor himself...only proves that justice is not blind...it picks winners and losers...How did all of these men escape justice? ... There is only 1 person, only 1, and he was powerful enough to prove this act... Mr Christie, you are a bully, and the days of you calling me a liar and destroying my life, are over. The truth will be heard."

Christie responsed in a statement, saying, "As I have said before, I had no knowledge of this scheme prior to or during these lane realignments, and had no role in authorizing them. No credible evidence was ever presented to contradict that fact. Anything said to the contrary is simply untrue."

On Aug. 13, 2013, Kelly sent an email to a colleague at the Port Authority of New York and New Jersey, writing, "Time for some traffic problems in Fort Lee."

Christie was never charged in the scheme to close down access lanes to the George Washington Bridge as political payback against the Democratic mayor of Fort Lee for declining to endorse Christie for re-election.

“Today marks another sad day for my children in a nightmare that has robbed our family of so much,” she said, adding that she apologized to the people of Fort Lee. A sentence of home confinement, she said, “would give us an opportunity to rebuild what we have lost.”