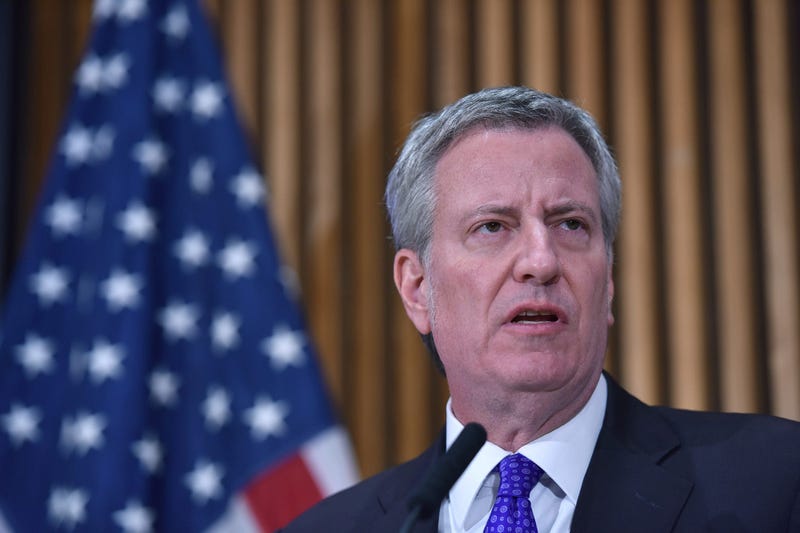 NEW YORK (1010 WINS) — Frustrated local residents placed flyers on the door of the Park Slope YMCA where Mayor de Blasio works out, which insisted that if he entered the premises he agreed not to run for president.

Several flyers posted at the gym read, "By entering these premises you agree not to run for President of the United States in 2020 or in any future presidential race. You agree to focus solely on your current job here in New York City, which you are not excelling at.”

It continues, insisting that any who enter the building must put out a statement after leaving read, “"I will never run for President of the United States. ... To be honest, I'm not even sure what I was thinking even flirting with running because no one in my own city thinks I'd do a good job."

Dave Stevens, a Park Slope local, who with a group of other residents, put up the flyers, told Patch, that they wrote them to tell de Blasio "Just announce you are running for president and quit as mayor or announce you aren't and focus on making the city better."

"It's a ban on going to the gym if you run for president? Really confused by that," de Blasio responded at an unrelated press conference on Monday.