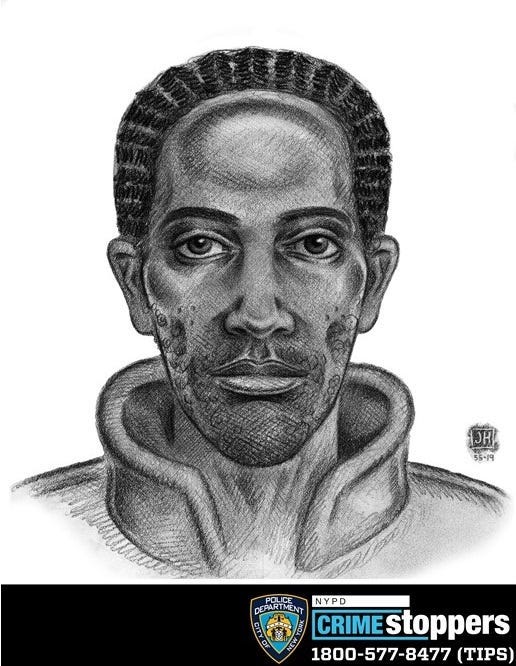 NEW YORK (1010 WINS) --  Police released a sketch of the hammer-wielding man that attacked a 21-year-old and pushed him onto the tracks of the train of the Tremont Avenue station in the the Bronx.

Police say at approximately 1 a.m., on Nov. 22, the victim was attacked and was able to block the blow with his arm and was never hit with the hammer.

The attacker then grabbed the victim and pushed him onto the tracks.

The victim was able to pull himself back onto the train platform.

He sustained a slash to his eyebrow and the back of his neck and was transported to St. Barnabas Hospital, police said.The incident is being investigated as a hate crime because of anti-gay slurs yelled by the attacker.