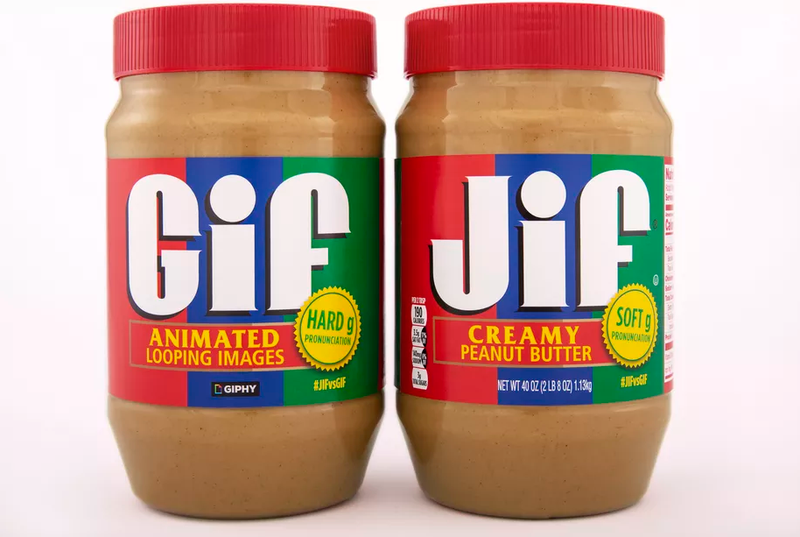 NEW YORK (1010 WINS) -- Jif peanut butter is releasing a limited-edition jar of "GIF" in order to settle the "great debate" over how to pronounce the meme-friendly image format.

The limited-edition jars will read "Jif" and "Gif", one with a hard "G" and the other a soft "G".

When is it okay to call a GIF a “Jif”? Never. Help us put the lid on the infamous internet debate once and for all. #JIFvsGIF https://t.co/INoJNiquwq

You can find the jars on Amazon for $10 starting on March 1, which also happens to be National Peanut Butter Lover's Day.

"We’re teaming up with Giphy to put a lid on this decade-long debate and prove there is only one Jif," Jif's vice president of marketing, Rebecca Scheidler, said in a release. "It’s creamy, delicious peanut butter, not a looping picture you can send to make friends and family laugh."There is no word on how many jars will be released, only that they will be available "while supplies last."

Even though GIF creator Steve Wilhite, announced in 2013, that the correct pronunciation is with a soft "G", the internet is remains divided and Jif peanut butter wants to "put a lid on this decade-long debate."