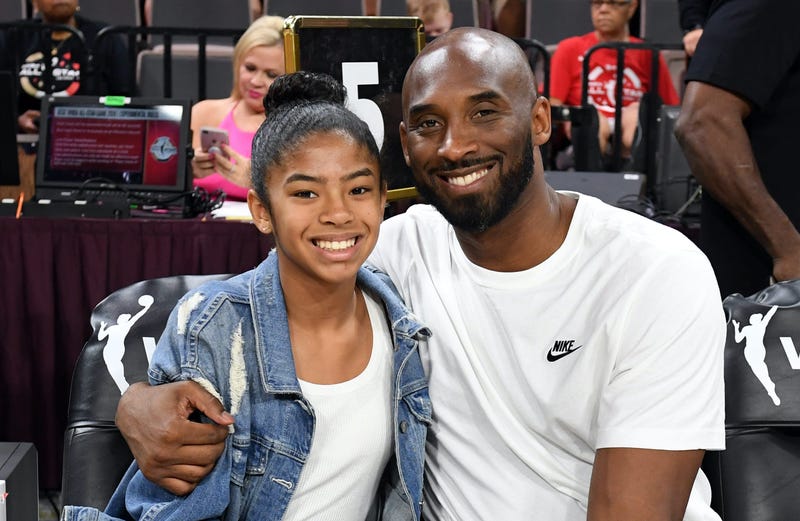 --Bryant -- who was killed along with his daughter Gianna, 13, and 7 others in a Jan. 26 helicopter crash near Los Angeles -- will be buried at Pacific View Memorial Park and Mortuary in Corona Del Mar, Calif., according to the death certificate. According to Gianna's death certificate, she will also be buried there. 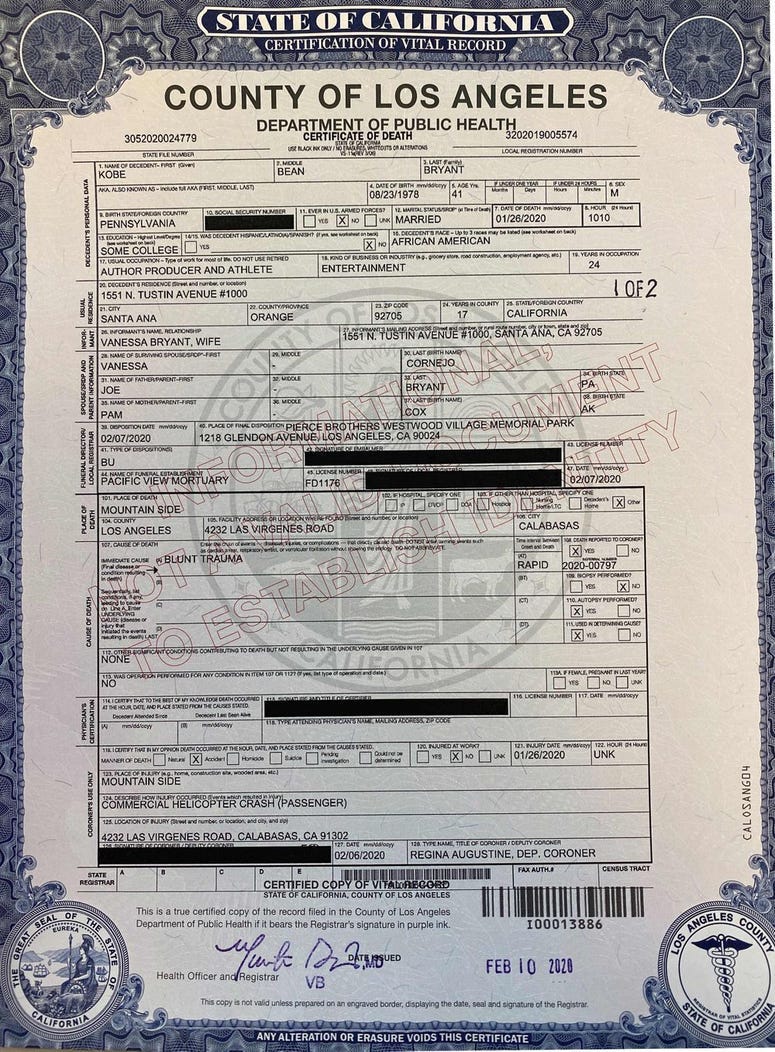 --The cause of death for both is cited as "Blunt Trauma," with the "Time Interval Between Onset and Death" cited as "Rapid."

--Confirms an autopsy was performed, and that it was used in determining the cause of death

--The place of death is listed as "Mountain Side" in Calabasas .... and as for the field on how the "injury occurred," the reason listed is "commercial helicopter crash (passenger)."

A public memorial will be held Feb. 24 at 10 a.m. at Staples Center in Los Angeles. Bryant's wife, Vanessa Bryant, posted a save-the-date on her Instagram account last week.