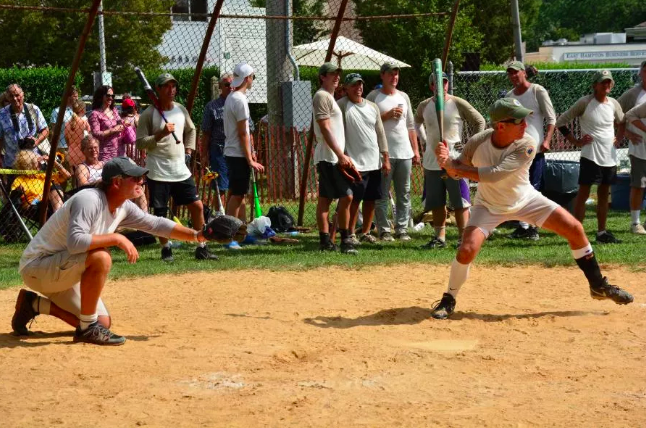 NEW YORK (1010 WINS) -- This year’s East Hampton Artists & Writers Annual Softball Game is “on pause” for the first time in decades, but its charitable efforts are moving ahead in full force.

Organizers of the event, which has brought artists, writers and volunteers together to support local charities for the past 71 years, have launched a virtual “competition” to raise money for four local organizations: The Eleanor Whitmore Early Childhood Center, Phoenix House Academy, The Retreat and East End Hospice.

Artists and writers will “compete” to see who can raise the most money for the organizations. As of Friday afternoon, the two groups had raised more than $5,800 of the event’s $30,000 goal.

1010 WINS’ own Juliet Papa has been a part of the effort for many years, as a player, broadcaster and host of its cocktail party fundraiser. She also sits on the advisory board for the event.

Last year, former President Bill Clinton made an appearance at the event, meeting local residents and acting as an umpire.

“The East Hampton Artists & Writers Annual Softball Game and its events are dedicated to building a community around the game and building a better game to serve the community,” the event’s website says. “We ask you for help in hitting it out of the park for the community we share and love.”