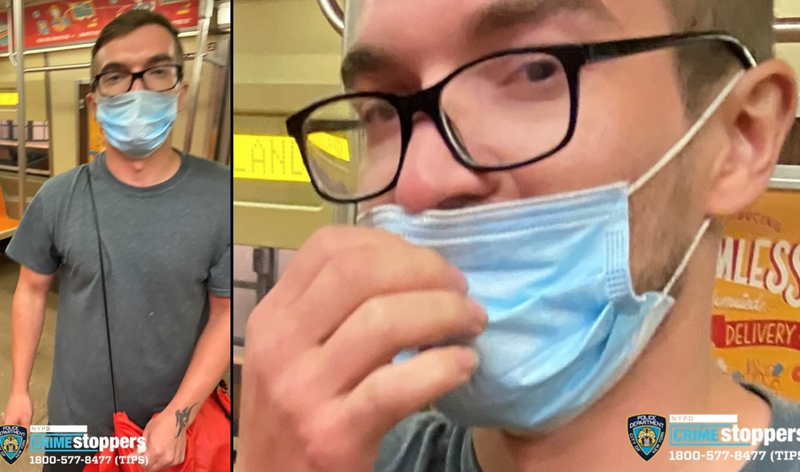 NEW YORK (1010 WINS) – Police said they’re searching for a man who exposed himself to a woman on a Q train in Brooklyn.

The 32-year-old woman was riding a southbound Q train near the Avenue U station in Sheepshead Bay on the night of July 31 when the man came up to her and exposed himself, police said.

The man then ran off of the train at the Avenue U station, according to police.

The NYPD released photos of the suspect this weekend.

He's seen wearing a surgical mask and has a tattoo on his left arm.