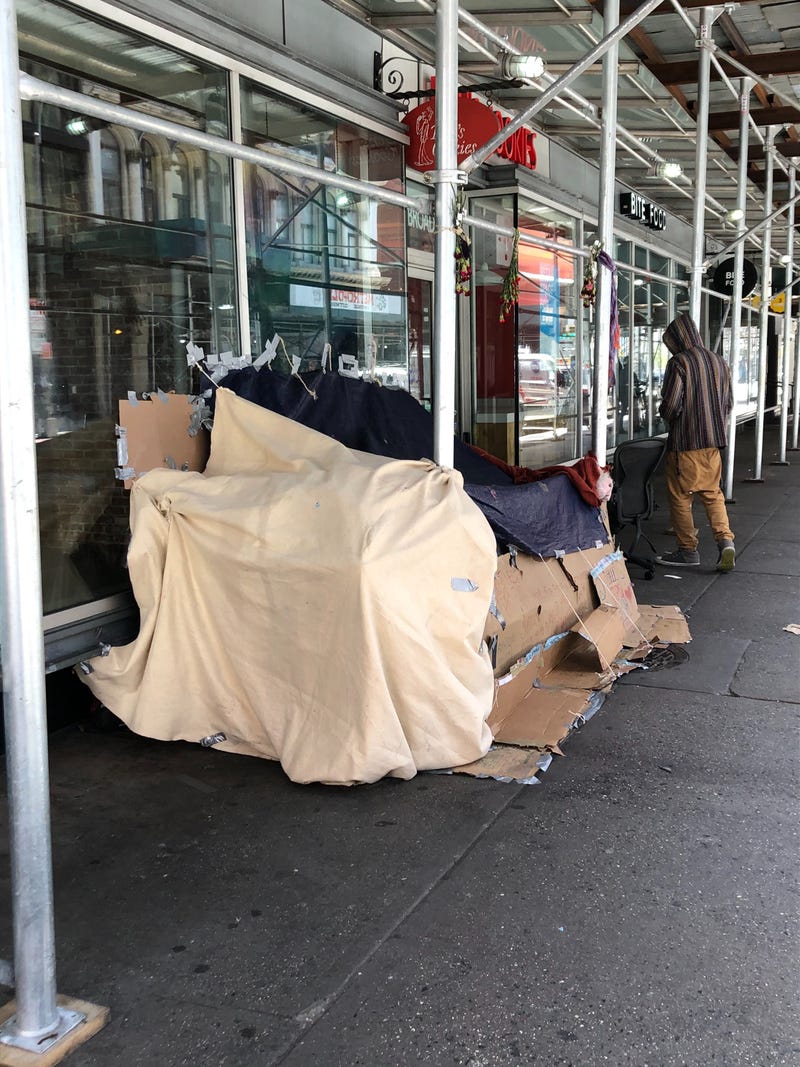 NEW YORK (1010 WINS) -- Mayor Bill de Blasio on Tuesday vowed to dismantle the homeless encampments that have popped up around the city during the coronavirus pandemic, calling the situation “absolutely unacceptable.”

During the mayor’s daily briefing Tuesday morning, 1010 WINS’ Juliet Papa asked him how he planned to deal with a number of encampments that are currently set up around New York.

The city plans to shut down its subway system each day from 1 a.m. to 5 a.m. to clean trains and move homeless people from subway cars into shelters, but the homeless situation above ground hasn’t been addressed, Papa said.

“I know, Mr. Mayor, you’ve said they’re not acceptable, but I happen to know of three encampments where there are groups of people with sleeping bags, blankets, shopping carts — even one had a tent,” she said. “A response to a 311 call in one location… indicated it was cleared by police, but that was not the case.”

One Manhattan resident told Papa an encampment on her block comprises at least 10 people, as well as pets, cardboard boxes and chairs.

“Again, there’s a story that really should be understood — for decades, encampments were tolerated in New York City. People would see them in different places and, somehow, they were allowed to exist,” he said.

“I found it absolutely unacceptable, and I said to the NYPD, to Social Services, to the Sanitation Department… if we see any encampment developed anywhere in New York City, we’re taking it down, period,” he went on to say. “So I want you to please give those three locations to my colleagues here at City Hall right after this, and they will be dismantled immediately.”

“It’s not a way for human beings to live. It’s not right, it’s not fair to anyone, it’s not healthy,” he added. “We will not tolerate it.”